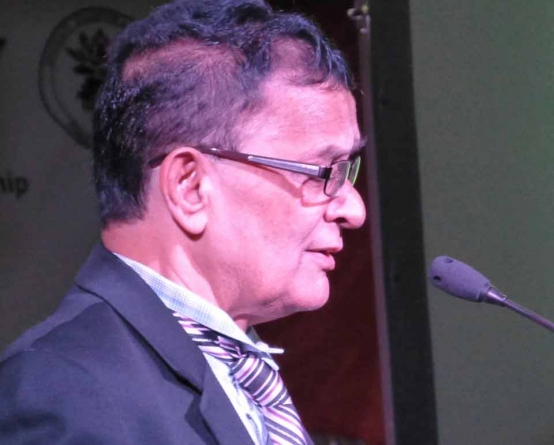 It has become fashionable of recent for some political commentators/analysts to advocate that “shared governance” (SG) should replace the Westminster style “winner-takes-all” (WTA) system. This idea of shared governance has been around in Guyana for 4 decades but it never got much political traction before.

In 2005, the emergence of the Alliance for Change (AFC) which comprised members of the professional, academic and business class in its leadership, was viewed as offering a ‘balancing’ act between the two major parties (PNCR and PPP/C) in Parliament. Given the changing demographic structure, with no race being a majority, combined with mainly race-aligned voting, it was believed that a third force could play a crucial role in shaping policy and in curbing the excesses of either a PNCR or a PPP/C governing party. To some extent that theory was proven correct when the AFC secured 28,366 votes at the 2006 general and regional elections and thus gaining 5 Parliamentary seats.

The third force activists were energized by this result and they progressively expanded their membership base as well as their electoral appeal. At the 2011 general and regional elections they received 35,333 votes, enough to muster 7 Parliamentary seats. Faith in the third force, as an empowering instrument, had been vindicated. The AFC used their position in Parliament to block PPP/C legislation and even filed a NCM (No Confidence Motion) against the PPP/C government in 2014, a move that precipitated the May 2015 general and regional elections.

At the 2015 elections the AFC continued to expand their popular appeal when it was estimated that they received at least 10% of the traditional PPP/C votes, even though they were part of a coalition with APNU. The success of the third force movement had knocked the wind out of the sail of the shared governance campaign. Despite their manifesto promise of constitutional reform, including shared governance, the APNU+AFC coalition was in no mood to pursue that. However, the disappointing performance of AFC over the past 5 years has alienated most of their supporters and choked off the oxygen to the third force movement.

Now that this third force movement (AFC) has literally fallen into disarray, and the two major political parties have been left to contest for electoral supremacy, it is believed by SG advocates that shared governance could be revived with a view to taming the major parties’ penchant for abuse. Whatever its format or variation, it (SG) has now become the mantra of several political parties, including the PNCR and ANUG. The great challenge though is that there is still no workable model or definition of shared governance. I will repeat some of my concerns on shared governance.

While shared governance may probably cause ethnic groups and political parties to feel “good,“ will such a move necessarily lead to a reduction of income inequality, poverty and marginalization? The PNCR coalition wielded the full force of governance (not in a system of shared governance) during the last 5 years, yet it has not been able to reduce poverty, unemployment, marginalization and income inequality. If they (PNCR) work with other parties that embrace differing perspectives and philosophy, does anyone think that the results will be

I am not against any new system that will work to alleviate poverty and marginalization, create employment, reduce inequality, and produce responsive and responsible governance. But I believe that serious research and analysis must first be conducted before we move in this direction. Once this issue is settled, it could become part of constitutional reform. Too much of the debate on SG has been based on polemics and political platitudes, and very little on research and empirical evidence.