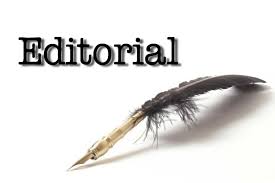 After satanic/evil Burnham died he had his evil disciples to carry on his evil deeds. His successor Hugh Desmond Hoyte as President was equally brutal. He stole the next government by rigging the next 1985 election by copping 78% of the votes, more than evil Burnham ever did.

He tried to put on a good face as Granger is now trying to do by nicknaming himself Desmond Persaud(to capture Indian sentiments) but soon got into evil acts by teargassing the bauxite workers within jail cells and then after the 1997 general elections he called on his “KITH AND KIN” – meaning blacks, in the army to be by his side.

He up the political pressures towards violence, he called for SLOW FIRE, MORE FIRE, meaning “burn down Indian properties” which followed the violence. Fortunately he also died young with the PPP cup in his hand.

Burnham’s next evil rasta (Burnham once said that if he dies another rasta will take over, meaning another blackman) was Robert (THE RAPIST) Corbin who was groomed by Burnham himself and took over the chairmanship of the PNC youth arm YOUNG SOCIALIST MOVMENT (YSM).

In this movement, he trained a young rapist team to go into the NATIONAL SERVICE camps and raped all females to impregnate them with PNC babies.

These youths were also sent every Saturday to the Hope coconut estates to rape the women/girls from the government’s public service who had to chop bushes in this coconut estate in order to keep their jobs.

Burnham’s good little devil Robert Corbin never missed a chance to create more evil actions around him. He used the same DOGS OF WAR movement which was still under the control of Hamilton Green to initiate the 2001 jail break which started a new era of terror against the Guyanese people. He was always seen in Buxton in the nights, working to make this black village the centre of terrorism in Guyana.

Burnham’s little devil, Robert Corbin has now grown up into the monster he is, knowing he doesn’t have the leadership qualities to match then President Bharrat Jagdeo nor to lead the PNC into any victory at any future elections in Guyana (he led PNC into 34% in the 2006 elections whereas in all free elections in Guyana, the PNC usually gets between 40 and 42% of votes).

He did his evil calculations and transformed the evil PNC into a grouping called APNU along with five other small parties. Together these small parties cannot account for one seat in parliamentary elections in Guyana.

The evil Robert Corbin then made his next devilish move and brought in David Granger to lead the APNU, to work to give the PNC a clean image, terming him a good and decent man. Granger was the covert head of the notorious Burnham’s DOGS OF WAR but few knew him in the PNC, even the once PNC deputy speaker of Parliament and long standing PNC leader Clarisa Reil, mentioned in public that she never knew of Granger as a PNC member, however, Granger mentioned recently that he was a PNC member for over 50 years.

This is the evil man, Guyanese have to deal with as President of Guyana posing as a decent and non-corrupt man.

Unfortunately, he has another snake with him in the form of the Prime Minister Moses Nagamootoo, fortunately, they do not trust each other.

Evil Burnham trained David Granger to be a master undercover operator of the DOGS OF WAR terroristic machinery, specializing in stealing governments by rigging elections as from 1968 to 1985(6 in all) and to do undercover military operations through the DOGS OF WAR machinery by him semi-leading the attacks on the Rupununi uprising. He even wrote a book on this uprising as he has first-hand experience on those terror attacks.

Burnham’s other evil preacher is in the form of the present Gecom’s Commissioner Vincent Alexander who had replaced Robert Corbin as the chairman of the YSM in the 1980’s.

He is PNC’s front man at this election body and judge how well he was trained in the art of manipulation by his present words and actions in the Gecom machinery. He is ably assisted by the devil Robert Corbin’s brother in this election body.  So at Gecom, the Chairwoman and the three PPP Commissioners is no match for these two evil men. No match, in this case two is more than 4 just as 34 is the majority of 65 according to PNC maths.

Point is that satanic Burnham had groomed his evil disciples and 35 years after his death they are in full control of his evil party machinery and their undercover terrorist outfit DOGS OF WAR is fully active, only waiting on orders, before/after the next elections.

Burnham’s evil men are in control of the entire state machinery, the executive, parliamentary and judiciary, the public service, the police and army.

The only thing out of their control is the more than 80% of the economy they had in their first 28 years in power.