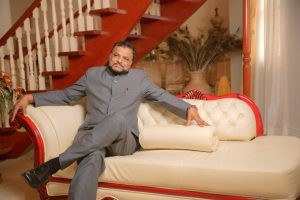 As a patriot and lover of Guyana; the country of my birth, the country of great potential, great expectations, the country most prosperous in resources in the Caribbean and South America, the matter that pains my heart most as I write and reflect is the unnecessary extremism in racial hostility that the recent election of March 2nd, 2020 brought.

Guyana is on the throes of greatness and we the citizens of Guyana must grow and mature to protect that greatness. The recent election of March 2nd, 2020 was the worst experience of my life since pre-independence and post-independence that I am aware of; Guyanese are fragmented. We have seen where the Opposition is still saying to their supporters that they have an illegal government when the entire world, which includes, the United Nations, The United States of America, the European Union, the Caribbean, and Pacific Nations, the Mandela’s Elders Group of South Africa and South American governments, and CARICOM which was touted as the most legitimate interlocutor and then demonized. This kind of untruth coming from certain personalities of political power does not augur well for peace. It fires hate and discrimination in the hearts of the supporters of these politicians.

The undersigned, as a Guyanese, truly believes in national cohesion and human coexistence in which resources, benefits, and facilities are shared. Where people can live their lives in dignity, love, and even have interracial marriages, built in harmonious families. Every citizen must have their right to survive in dignity according to their talents, skills, and abilities.

How can we heal? We heal and show love by embracing, eating, and praying together. We heal by caring and sharing. We heal by offering protection to others, especially the minority in a community. We heal when we realize we carry the spirit of the one God in us and that we truly comprise of one human family under God.

Sadly, in my opinion, the pronouncements made by the opposition leader shows he does not intend to cooperate with the government. Once he does that, his supporters will follow the leaders’ style. The President and the Leader of the Opposition need to cut tracts of peace, consideration, and positive thoughts. Without consideration and positive thoughts for our citizens and country, Guyana will forever be on a steer of mayhem, hate, and destruction particularly every five years at election time.

I had recommended to the Chairman and Ethnic Relations Commission, the honorable Reverend General, Bishop Dr. John Oswald Smith to broker a meeting between the President and the Opposition leader, or the Vice President and the Opposition leader, to create the atmosphere for talks for positivity for our humanity.
I recall a number of years ago when Mr. Robert Corbin invited me to witness and share in his inauguration as leader of the People’s Progressive Party. I was always a regular invitee and if I may say, he was a man I looked up to and believed he could have created great progress and change in Guyana if he could have won the general elections then. We still have mutual respects.

At the event, he called for a National Truth and Reconciliation Committee and conference where we as a people can open our chest and accept mutual wrongs and responsibilities, shed a tear, hug, kiss, and make-up to build a strong and prosperous Guyana. With the above said, I truly believe the problems we have that make us look bad in the world scene can be easily overcome and Guyana can be on the high road of success. We have to learn to trust, have faith, and accept the fact that we have nowhere else to go but Guyana.
Yes, friends! Fellow Guyanese, our country bequeath in love by God as a favor and virtue, with wealth, and sunshine galore. Together, let us as one people hold our hands and walk through the troubled waters.