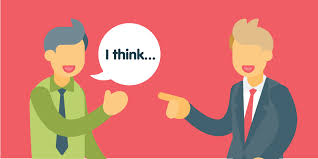 It was recently disclosed that Liza phase one suffices to provide some 200 megawatts of power, which is more than the Guyana Power and Light (GPL) is providing. To this end, institutions such as the Inter-American Development Bank (IDB) noted that Guyana is well positioned, with its abundant natural resources, to create a diversified electricity generation mix.

Natural gas explained
According to the US Energy Information Administration, “natural gas occurs deep beneath the earth’s surface. Natural gas contains mainly of methane, a compound with one carbon atom and four hydrogen atoms. Natural gas also contains small amounts of hydrocarbon gas liquids and nonhydrocarbon gases.” Natural gas is used as a fuel and to make materials and chemicals, including electricity generation as well.

Drivers of new natural gas demands
In the next decade, the power sector will provide the largest growth in gas demand which depends on two major drivers: growth in total electric generation and growth in the gas share of electric generation. Most of the growth in the power-sector demand will be met by increasing amounts of natural gas-fired generation and by renewables.
Coal-fired power plants will be retired in response to more stringent environmental regulations and more competitive low gas prices, which will lead to a change in the mix of generation fuel and an increase in natural gas market share. The second-largest demand increases are felt in the US industrial sector, which uses natural gas as both a fuel and feedstock to meet a variety of energy requirements. The US manufacturing sector accounts for about 80% of total industrial gas demand, with the remaining 20% coming from agriculture, construction and mining.

The forward linkage or downstream manufacturing sectors will potentially benefit from increases in supply and/or the lower cost for natural gas. Final demand sectors, such as personal consumption, exports, and imports are also affected by changes in natural gas production and pricing, but indirectly, through industrial production changes captured by intermediate inputs shifts to industrial production.

For example, personal consumption impacts, such as those resulting from lower electricity prices, are captured first by feedstock inputs to the electricity industry and flow through to all industries before resulting in lower prices for the consumer.

In the final analyses, the natural gas industry is a major contributor to the GDP of many countries. The industry is inherently large-scale, generating millions of dollars in associated revenues and tax income and employing thousands. As an example, in 2008 natural gas production in the US added US$385 billion to GDP. Gas exporting countries as diverse such as the UK, Netherlands, Russia, Qatar, Australia and Indonesia have benefited from the enormous economic benefits that are the combinations of the following:
* Taxation of profits and of gas production
* Wider job creation in the industry from upstream exploration and production (E&P) companies, midstream processing and pipeline transportation companies, downstream local supporting arms focusing on law, human resources, public relations and many other aspects
* A local source of natural gas can act as a catalyst to other industries such as chemicals, driving wider economic growth
* Employment transformation from old industries such as coal and steel to new high-tech natural gas extraction and innovative appliances.
* New job creation across the skills and knowledge base, from entry-level to PhD.

A study by the Center for Global Development (CGD), found that the greater use of natural gas for electricity could help lift some countries out of poverty by providing greater access to affordable and reliable power.  Natural gas must be extracted in sufficient volumes, however, in order to be economically viable.

It is within these conceptual frameworks that for Guyana, natural gas development in tandem with the oil industry, could potentially transform Guyana and alleviate poverty, under prudent management and politically visionary commitments.