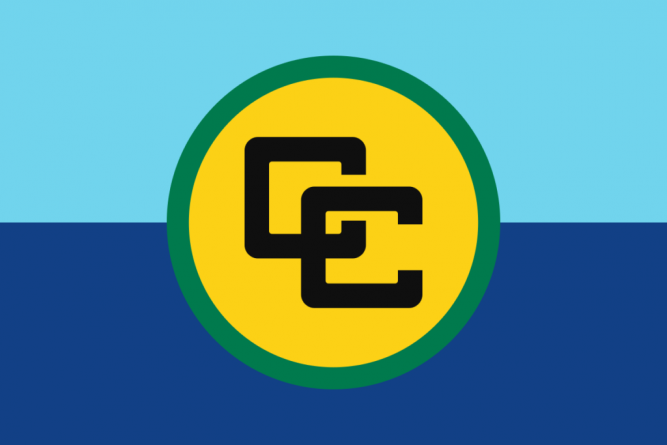 The Caribbean Community (CARICOM) has again refuted claims by the de facto Government of President David Granger that CARICOM and other international Governments and organisations are interfering in Guyana’s internal affairs.

During a special meeting of the Permanent Council of the Organisation of American States (OAS) on Tuesday, St Vincent’s Ambassador Lou-Anne Gaylene Gilchrist, who spoke on behalf of other CARICOM states, said that all CARICOM is doing is fulfilling the requirements of the agreement that all members states, including Guyana, signed.

CARICOM and rest of the international community have been calling for the results of the national vote recount be declared.

The recount shows that Granger’s APNU+AFC lost the seat of Government.  But the President has refused to step aside. In repeated moves to the court, agents of his Coalition APNU+AFC are seeking to bury the recount and have a fraudulent tabulation used so Granger and his Government can stay in power.

Ambassador Gilchrist said CARICOM has been monitoring with concern the political tension in Guyana and noted that both the former chair and the current chair of CARICOM have called for a declaration based on the national recount.

The Ambassador’s statement followed that of Foreign Affairs Minister Dr Karen Cummings who said the international community should “not seek to influence unduly the constitutional and legal processes which are currently ongoing in Guyana.”

Ambassador Gilchrist noted that CARICOM was invited to play a role in the elections when a dispute arose over the tabulation process. That dispute arose when District Four Returning Officer Clairmont Mingo used an unlawful process to tabulate the figures on the Statements of Poll from each of the polling stations in his District.

It was clear that he had inflated figures for the APNU+AFC to guarantee it victory after it became obvious that it would be impossible for them to win the elections when declarations were made in the nine other electoral districts.

Ambassador Gilchrist noted that the CARICOM team scrutinised the recount of all votes and it was on that basis that former Chair Mia Mottley and current Chair Dr Ralph Gonsalves have called for a declaration based on the recount.

Guyana’s Foreign Minister, speaking at the very OAS meeting, called the work of the CARICOM team a “fallacy” saying that they had only observed 18% of the recount. The CARICOM team had concluded that the recount results are completely acceptable and should constitute the basis of the declaration of the results of the March 2 elections.

In playing a role in Guyana’s elections, Ambassador Gilchrist said CARICOM is doing no more than carrying out the requirements of the Charter of Civil Society which was agreed to by all member states on February 19, 1997.

That Charter, at Article VI under the heading Political Rights, states: “The States shall ensure the existence of a fair and open democratic system through the holding of free elections at reasonable intervals, by secret ballot, underpinned by an electoral system in which all can have confidence and which will ensure the free expression of the will of the people in the choice of their representatives.”

Ambassador Gilchrist noted therefore that CARICOM’s role is not interference in the domestic affairs of a foreign country, it is participation in community affairs, which is the essence of the revised CARICOM treaty and the Charter of Civil Society.

“We in CARICOM underscore that in our concerted efforts to assist Guyana, our willingness to help resides in our desire to reach a peaceful solution and not to widen the current division.

“We urge the relevant authorities in Guyana and all stakeholders to respect the rule of law…,” Ambassador Gilchrist stated.