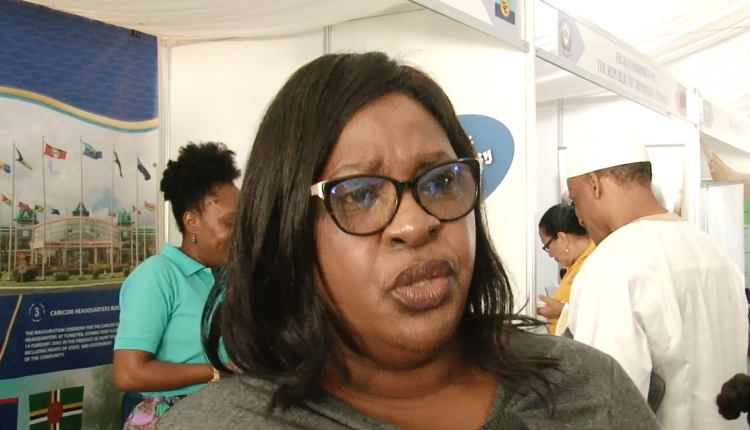 Foreign Affairs Minister Dr Karen Cummings in a bizarre defence of the Government’s campaign to bury the national vote recount to the Organisation of American States (OAS) on Tuesday described the report produced by a high-level team from CARICOM as a “fallacy; even more bizarre, she said the team did not stay to the conclusion.

Further, she told the members of the OAS, which includes the United States, Canada and Brazil, to “keep Guyana in your prayers.”

The Minister was invited to speak at a special meeting convened by the Permanent Council of the OAS.

The OAS has said the only solution to the electoral crisis is for the results of the recount, supervised by the CARICOM high-level team, to be respected. That would put David Granger, Cummings and the rest of the APNU+AFC out of office.

The world’s leading organisations including the OAS, the Commonwealth, and CARICOM, and the country’s leading development partners – the United Kingdom and the European Union – have urged that the CARICOM supervised recount be used to declare the winner of the elections.

But the Coalition, backed by Granger, doesn’t want the recount results to be used; they want the report prepared by the Chief Elections Officer, which included votes fraudulently tabulated to be used. That would give them victory instead of the Opposition People’s Progressive Party (PPP).

After multiple speeches by representatives of various Governments, including St Vincent’s Permanent Ambassador to the OAS, who represented CARICOM, Dr Cummings persisted in discrediting the CARICOM supervised recount and the report of the High-Level team.

“…in our estimation it was not a representative sample and the end of it all they said it is reasonably credible.

“I don’t know…it’s either something is credible or not credible,” she stated in an incoherent statement.

“…they didn’t stay to the conclusion so it’s really unfair to make such a general – it’s a fallacy – a generalisation of a process which they haven’t concluded,” the Foreign Affairs Minister continued.

Just before that, she wanted former Attorney General Anil Nandlall to withdraw statements in which he said President Granger was behind the actions to dismantle the recount which he agreed to.

The Chair of the meeting did not prompt Nandlall to apologise and he offered none.

“There is no breakdown in law and order in Guyana,” Dr Cummings told the meeting. But then she took a swipe at the international community.

“Guyana continues to remain a peaceful, law-abiding State and through this lengthy process, which has been guided by several constitutional provisions, the people of Guyana have remained patient calm and peaceful.

“The international community should therefore also be patient and not seek to influence unduly the constitutional and legal processes which are currently ongoing in Guyana,” she declared.

An agent for Granger’s Coalition has moved to appeal a clear High Court decision which upheld the recount as valid and said the Chief Elections Officer must abide by the direction he is given to prepare a report in keeping with the results from the recount so a declaration of the winner of the elections can be made.