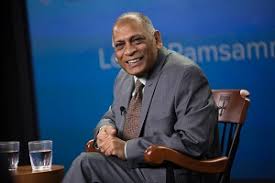 One thing is clear, there was a centrally-directed conspiracy to contaminate the Region 4 Statements of Poll (SoPs). GECOM has never shown anyone and was mortally scared of anyone having even a glimpse of the SoPs they purported to have used to create a bogus spreadsheet with fake results. APNU/AFC also has steadfastly refused to show anyone their SoPs. Why? Because they know those SoPs confirm the PPP won.

Several people in APNU/AFC were the driving force in hijacking the GECOM operations. These people, in APNU/AFC, GECOM and in other agencies, like the Police Force and the media who assisted in contaminating the SoP results must face sanctions and must face such sanctions now.

The drama is still ongoing in Guyana. The conspirators have been blocked several times already, but they have not given up. Having been forced to accept a recount, because of the global condemnation of their brazen stealing of votes and for electoral fraud, they now are fiercely trying to block the recount. The Caricom Supervisory Team has been on the ground since Sunday morning to start the recount. But GECOM and APNU/AFC have done everything to delay the recount.

A simple meeting of GECOM could not be held because the APNU Commissioners were missing in action. Forced to abort the Sunday start, a Monday morning start was agreed to. But that too was aborted because APNU/AFC insisted that an MoU had to be signed by Bharrat Jagdeo and David Granger. Jagdeo was told this at 17:24h Sunday and by 17:30h had agreed. But no one was hearing from Granger.

Then Monday afternoon, the Ministry of Health decided to fumigate the convention centre. They claimed they were ensuring safety from coronavirus. Fumigation is for mosquitoes, sanitisation and viruses. Not a plausible explanation, but they forced another delay to now Tuesday morning. Well, as of Tuesday afternoon, there is still no clue when the recount will start. In the meanwhile, they tried to remove security away from the containers for what, no one could explain. In the process, Commissioner Benn was brutalised by Riot Squad Police who were there not to remove rioters, but to remove those trying to ensure the security of the ballot boxes.

If they succeed with all these machinations and an illegitimate government is installed, then sanctions must be broad, against the government, against those who accept cabinet and MP positions, those who were active participants in the rigging and their families. If the conspiracy to commit electoral fraud is stopped, then those who participated in the attempted heist must be sanctioned, by national laws and by regional and international punishments.

No illegitimate government must be recognised by any democratically elected government in the world. Guyana must be suspended from Caricom, the Commonwealth, the OAS. The UN must remove Guyana from any role it is presently playing in that body. For example, Guyana must not be allowed to continue in its role as Chair of the G-77. Guyana is also on several bodies in the UN system, like several committees at PAHO and WHO. Guyana’s seat in any committees in these organisations must be suspended. Not only must the government be illegitimate, but the President and all Ministers must also be held as illegitimate and not invited to any forum in which democratically-elected Governments participate.

The Government’s loan and grant programs with the IDB, World Bank, CDB and with other countries must be put on hold, with no disbursements. As for grants from Global Fund and other health organisations, these must continue to flow to people, but disbursements and control must be shifted away from the Government.

Those in APNU/AFC who have played a role in directing this conspiracy or in enabling and empowering the conspiracy must face the complete awe of personal sanctions. This must include revocation of any kind of visas that have been issued to anyone of them or their family. The sanction must also freeze any asset any of these persons have overseas.

Given the present assault on democracy in Guyana, in the full view of local and international observers, in the first instance, we will be pursuing sanctions against the following individuals (and their families) who are part of the plot or complicit in rigging the March 2, 2020 elections in Guyana:

Our hope is that the Caricom team will complete the recount of the box and the real winner of the March 2, 2020 elections will be sworn in. Caricom and the ABCE countries must not dither any longer. Time for action.