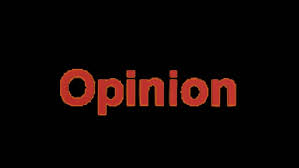 Fiscal policy is generally constrained by the need to build or restore confidence in the sustainability of public debt and, with short-term interest rates close to zero, the effectiveness of monetary policy to stimulate growth is reaching its limits. The question arises, henceforth: can policymakers do anything to improve the short-term economic outlook? Some have argued that deregulation will help stimulate business activity.

Though this is likely to be correct in the long run, it may not have much effect in a severely demand-deficient environment. Researchers argue that a powerful instrument to restore growth is clear and credible policy to encourage investment in welfare-enhancing activities that need public support to be commercially viable. The low-carbon and wider ‘green’ sector is taken as an exemplar field for this. Standard macroeconomics and the economics of market failure tell us that the best time to support investment in such activities is during a protracted economic slowdown. Resource costs are low and the potential to crowd out alternative investment and employment is small.

In addition, although public budgets are stretched, there is no shortage either of private capital available for investment or of investment opportunities with potential for profitable returns.
The most appropriate area for Government to target is investment that the private sector would otherwise under-provide or not provide at all. That is, sectors prone to so-called market failures, missing markets and externalities. It is argued in this policy brief that policies to encourage low-carbon investment offer broad and effective opportunities to restore confidence and to leverage additional, rather than displaced, investment.

The private sector is not heavily investing in green innovation and infrastructure because of a lack of confidence in future returns. The lack of confidence in this policy-driven sector is due to uncertainties surrounding current energy and environment policy. It is argued here that governments should incentivise such investment by themselves taking on elements of this policy risk. Because the public sector ‘controls’ this risk, there is a lot it can do to encourage investment. This should be seen as an opportunity. By backing their own low-carbon policies, governments can stimulate additional net private sector investment, and thereby make a significant contribution to economic growth and employment.

Contextualising business confidence – the case of Guyana: examples
Extending on the arguments put forward in last week’s column, the Finance Minister boasted on the point that the new hotels that are being built, are all driven by private investments and not public investment – referring implicitly to the Marriott Hotel that was built by the previous Administration using public finance.

It is important to understand that stimulating confidence in an economy has little or nothing to do with the kind of economic policies being administered, because if confidence is lacking, then people would not spend, and firms would not invest if confidence is dim about the future survivability of the ventures.

For this reason, the actions of governments play a vital role in stimulating confidence which must go beyond policies and incentives. In the case of the Marriott project, for example, that was an important project particularly geared towards stimulating confidence in the economy on the simple notion that, if foreign investors do not want to invest in such a project, where there is a need for a top international branded hotel in Guyana, and the local investors also do not want to make such investments, owing lack of confidence and capital constraints, then it makes sense for the government to do the bold thing and undertake the investment. Fast forward to today, that was a worthy investment which would now yield, conservatively, ten times return on investment should the Government put up its shares for sale – which it should do.

Proponents would argue, however, that governments should not get involved in business. This is even further reinforced with arguments where it is evidenced that business cases such as the old GNCB bank, GuySuCo, and almost every State-controlled enterprise in the history of Guyana failed. This columnist also subscribes to this view, but in the case of the Marriott project, because it involved an international brand, the project largely succeeded because though the Government virtually owned the entity, they did not get involved in the management of the entity. The entity was, in fact, and still is, governed and managed by industry professionals of international calibre. Hence, this is one of the reasons why it is also a success today – apart from being part of a strategic national development plan that was developed since 1996.

This argument is also applicable in the Berbice bridge investment which was the first of its kind, public-private partnership. The reasons for the mess that the entity found itself in today was deliberated in previous articles in this column.
(The author is an experienced macro-finance and research analyst, Lecturer and Business & Finance Consultant. The views expressed are exclusively his own and do not necessarily represent those of this newspaper and the institutions he represents. For comments, send to jbbankingadvice@gmail.com).