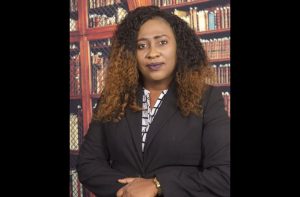 Confronted by another legal action, the Guyana Elections Commission (GECOM) has agreed to await the judgment of the High Court before proceeding with any decision that would impact the declaration of the results of the General and Regional Elections held last March.
Chairman of the Elections Commission, Justice (Ret’d) Claudette Singh, through her Attorney Kim Kyte-Thomas, made the commitment on Wednesday (July 15) during a virtual Case Management Conference (CMC) in the High Court for the case – Misenga Jones v The Guyana Elections Commission and others, which was presided over by Chief Justice (ag) Roxane George-Wiltshire.

In this latest court action, Misenga Jones – a registered voter from Tucville, Georgetown – is challenging the Elections Commission’s decision to invalidate the Declarations made by the Returning Officers in the country’s 10 Electoral Districts, and to use as a substitute the Certificates of Recount as the basis for the declaration of the elections results.

The undertaking was offered in response to a request by the Attorney General Basil, through his Legal Counsel Maxwell Edwards, that an order be granted to maintain the status quo with respect to the electoral process being executed by the Elections Commission. In other words, Edwards sought to restrain the Chairman of Elections Commission from proceeding with any declaration or decision on the 2020 General and Regional Elections. A similar request was made by Trinidad and Tobago’s Senior Counsel John Jeremie on behalf of Jones – the applicant.

Edwards’ request, however, did not sit well with Attorney-at-Law Timothy Jonas and Trinidad and Tobago’s Senior Counsel, Douglas Mendes, who appeared on behalf of The New Movement (TNM) and the People’s Progressive Party Civic (PPP/C) – added respondents in the case.
“The Attorney General is the respondent in these proceedings, he is not the applicant; and I have said this on a number of occasions that we expect the Attorney General to be neutral in these matters and not to take a side,” Mendes told the Court.

Notwithstanding the concerns of Mendes and Jonas, Kyte-Thomas told the Court that the Chairman of the Elections Commission will await the judgement of the Court before proceeding to bring the electoral process to an end.

“Your Honour, as has been my client’s position in relation to these matters, once these matters are pending, I believe she has conducted herself, throughout all of these proceedings, in a certain manner; and I believe your Honour a similar approach would be taken in respect to this matter,” Kyte-Thomas told the court. Even as the court met at 10:00hrs, the Elections Commission was scheduled to meet. That meeting, however, was subsequently cancelled.
The Elections Commission was reportedly scheduled to deliberate on the “failure” of the Chief Elections Officer, Keith Lowenfield, to submit an Elections Report in compliance with the instructions of the Chairman of GECOM.

Justice Singh, on Monday last, had scrapped the March 2020 declarations made by the 10 Returning Officers, in an attempt to force the hands of the Chief Elections Officer to submit an Elections Report based on the votes tabulated during the National Recount.

The commission, however, will now follow the completion of the High Court matter. To date, the Chief Elections Officer has submitted a total of three Elections Report with the first and the last compiled in accordance with the Representation of the People Act and Article 177 (2) (B) of the Constitution.