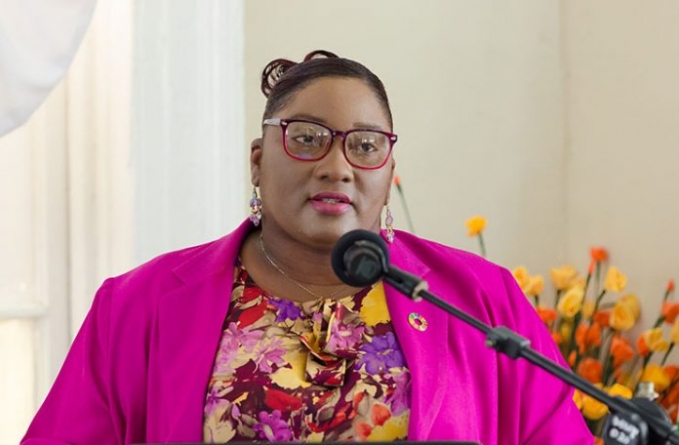 The Guyana Elections Commission (GECOM) has made it clear that it has no intention of overstepping the guidance of the court in its declaration of the final results of the 2020 General and Regional Elections.

The commission, through its Public Relations Officer (PRO), Yolanda Ward, stated, on Wednesday, that it is in receipt of a number calls from the public domain by political parties and other stakeholders for it to take steps to ensure the electoral process ends in the shortest possible time.

However, Ward said that, while it is understandable that emotions are high, the commission is awaiting the ruling of the court and will only take further steps when this is done.
“While the anxiety and frustration of the electorate is understandable, the commission is cognisant that the matter is sub judice and therefore awaits the outcome of the legal proceedings currently engaging the attention of the court to inform its deliberations and next steps. The Guyana Elections Commission as an autonomous constitutional agency is guided by a legal framework and therefore it is imperative that it abides by the decisions of the court,” she explained.

Ward said that while GECOM may appear silent on the matter, it is committed to ensuring the March 2, 2020 elections conclude in a manner that is guided by the court.

She explained in the release: “Though it may appear that GECOM is silent and not taking all necessary steps to arrive at a conclusive decision; the fact that injunctions were granted restraining GECOM officials from proceeding with the national recount supervised by CARICOM and setting aside or varying the declaration of the returning officers of the 10 electoral districts and from substituting or replacing the said declaration of the returning officers until the hearing and determination of the judicial review; the commission cannot pronounce on this matter. In this regard, until these matters are properly ventilated in court and a decision is given, GECOM is unable to take any further action.”

The opposition and some stakeholders, over the past days, have been calling on GECOM to take action and even on the President to order the commission on the steps it should take.
In more than one addresses to the nation, the Head of State, who has repeatedly iterated his respect for the Constitution, laws of the country, Judiciary and GECOM, has stated that the independent institutions – the court and GECOM – must be allowed to carry out their mandate.

“I have iterated, always, my commitment to respect the Constitution of the Co-operative Republic of Guyana, to protect the integrity of the chairperson and members of the elections commission and to obey the rulings of the courts. I am confident that these institutions, once allowed to function without interference, will provide a solution to the present situation,” he told the nation during a past address.

GECOM’s plan for a national recount was halted last week when the High Court granted an interim injunction blocking same. The injunction, which was granted by Justice Franklin Holder in the High Court on Tuesday, was filed by a private citizen, Ulita Grace Moore, against GECOM; its Chair, Justice (Ret’d) Claudette Singh; and the Chief Elections Officer (CEO), Keith Lowenfield. Moore, who is being represented by Attorney-at-Law, Mayo Robertson, secured a total of four interim orders, which will, in effect, bring the electoral process to a halt until the judicial review is completed.