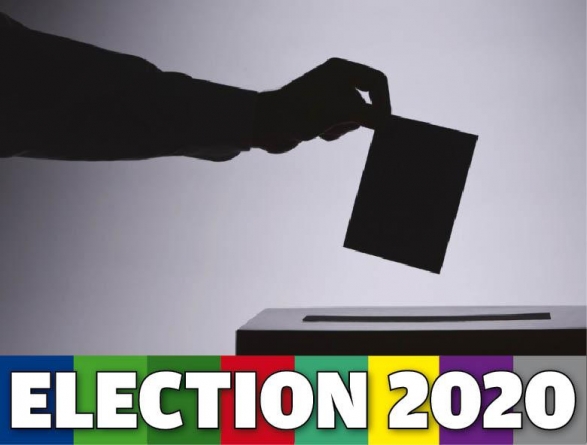 “To Everything, there is a season; and a purpose to everything under the heaven.”

We have been in the season of National Elections – a time when Guyanese with hopes and fears, joys and sadness, emotions and logic are united and paradoxically divided as they focus on Elections.
Over the past several weeks, it was the time of electioneering when the old stalwarts of yesteryear, and newcomers entered the elections arena making promises, putting on their best smiles using persuasive language, and with humility asking voters for their support.

During such campaigns, elections fever traditionally climbs and the spin-off is seldom that of consensus, but rather of arguments and controversy in a process of attacking, defending and even abusing others.
I was thrilled talking with a family where the household supported three parties. That difference in opinion never affected their family relationship, but highlighted the different perceptions and expectations leading to a common goal – of the advancement of Guyana.

The Electorate and all Guyanese won praise from the many local and International Observers for good conduct during the campaign period.
From the season of winning support, we move unto Elections’ Day. The weather was good. The mood of the people pleasant, yet reflecting their commitment to cast their vote.
Persons in wheelchairs demonstrated national pride and commitment in going out to vote.
That should be a fine example to those who showed no interest in voting and did not vote.
The conduct of the Elections won praise and congratulations from local and International Observers. It was an orderly Elections’ Day.

The many persons and organisations involved are to be congratulated including GECOM Staff, Polling Clerks, Voters, Observers, and security personnel, indeed everyone.
Our country and its citizens quite rightly deserve the congratulations from foreign embassies, the international community and observers.

The next stage will be the announcement of the results which will determine who will form the Government and be the peoples’ representatives in the National Assembly.
As I write this viewpoint, there are fears in some quarters of Post Elections disturbances. This should not be! That must not be.

Guyana could ill afford such a response which will tarnish the image of this country in the eyes of people around the world.
It is now necessary for the Leaders of the contesting parties to demonstrate objectivity, maturity, and place the country’s interest above party politics and egos.
Politicians must behave as statesmen. James Clarke, an American Clergy observed: – “A Politician thinks of the next Election; A Statesman of the next generation – A politician looks for the success of his party; A statesman for that of his country.

The Statesman wishes to steer, while the Politician is satisfied to drift.”
As the deadline for my submission of this article approaches, the results of the Elections have not been declared. Thus, I can only congratulate the winning party on its victory.
I commend the political leaders that in victory, they must be gracious and display respect for those who did not perform as well as they did.

Politicians from all of the parties must be magnanimous and commit themselves to nation building. They must advocate peace; promote unity and reflect the beautiful sentiments expressed in our national songs:-
“ONWARD UPWARD MAY WE EVER GO” AND
“OH BEAUTIFUL GUYANA.”

Leaders in every area of human activity can contribute to peace with sobering statements, instead of being antagonistic with its dangerous consequences.
The same applies to our men, women and children. This is not a time for boasting about winning and being bitter about losing.

There are lessons to be learnt and positive programmes to be adopted.
The leaders of the small parties need to demonstrate commitment to the people of Guyana at all times and not awaken and surface only at the time of elections.
Indicating political aspirations, the winning political party (which will form the Government) must learn from mistakes of the past. Nation building demands integrity, honesty, impartiality, humility and awareness of obligations to every Guyanese. Guyana needs a strong, effective party.

The responsibility of any Government is to do several things including:-Regarding the manifesto presented to the voters as a contract they have with the electorate.
Slogans such as “One people, One nation, One destiny” need to go beyond words and should be always evident.
A snapshot of Leaders in the Ministries, Public Corporations, Government departments, in our Embassies overseas, etc., must portray to the casual observer that Guyana is a multi-racial, multi-cultural country.

Respect for the constitution. Democracy is not just about free and fair elections; it goes beyond that wherein the rights of every citizen are protected.
I extend Congratulations and Best Wishes and success to whatever party/persons that will lead Guyana over the next five years.