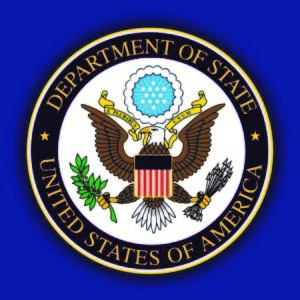 The International Center for Democracy (ICD) on Wednesday called on the United States Government to apply sanctions against Guyana’s Chief Elections Officer, Keith Lowenfield, for his repeated and fraudulent attempts to undermine the results of the March 2, 2020 General and Regional Elections in Guyana.
“Enough is enough,” said ICD Chairman Fazal Yussuff, adding that Lowenfield has continued to brazenly thwart the will of the Guyanese people by refusing to provide, as required by Guyanese law, an accurate account of the results of the election recount.

Yussuff added that the ICD therefore calls on the “United States Government and other friends of Guyana’s democracy to hold (Lowenfield) accountable by imposing sanctions on him for undermining the democratic process by disenfranchising more than 115,000 voters.”

In 2018, the US sanctioned the President of Nicaragua’s Supreme Electoral Council, Roberto Rivas Reyes, for “perpetuating electoral fraud that undermined Nicaragua’s electoral institutions.”
In Guyana, the March 2 General and Regional Elections have been plagued by ongoing controversy since the vote-count was stopped midway through its process with the APNU/AFC trailing, and then, when restarted, attempted to show a Government win.

After subsequent legal battles, a recount completed on June 7, confirmed an opposition People’s Progressive Party Civic (PPP/C) victory. However, as Chief Elections Officer, Lowenfield has continued to thwart an accurate declaration of the results.
In his most recent manoeuvre, Lowenfield submitted what he claims to be a report of the “valid and credible votes” to the Guyana Elections Commission (GECOM), showing a victory for the APNU/AFC after invalidating almost 25% of the votes cast without showing evidence to support his spurious claim. That report has since been discredited.
“The international community must send a strong and unmistakable message to the powers-that-be in Guyana that there is zero tolerance for anti-democratic actions on the part of public officials,” Yussuff said, pointing out that the survival of Guyana’s democratic institutions depends on it.

Only on Wednesday, United States Secretary of State Mike Pompeo said he has instructed the Department of State to ensure that those responsible for undermining democracy in Guyana are held accountable for their actions.
The ICD is a New York-based private, non-profit organisation supported by Guyanese-Americans.