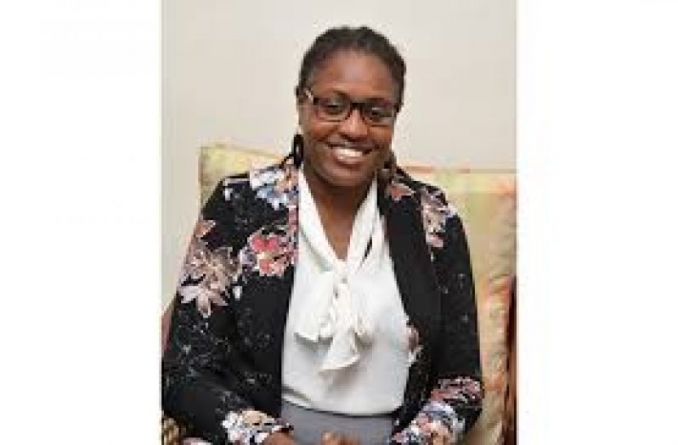 CHAIRPERSON of the Working People’s Alliance (WPA), Tabitha Sarabo-Halley has left the party just one day after it would have signalled its intention to quit the A Partnership for National Unity (APNU) coalition.

Sarabo-Halley, who served as Minister of Public Service under the previous APNU+AFC administration, was selected by APNU as the WPA’s representative to Parliament, but the decision did not sit well with the executive of the WPA.

In a recent show of its power, the People’s National Congress Reform (PNCR), the largest party in the five-party APNU coalition, unilaterally decided on the persons who will represent the coalition in the National Assembly.

The list was dominated by members of the PNCR, and included just one member of the WPA, while other “small parties” were neglected.
With its 233,336 votes at the March 2, 2020 General and Regional Elections, the new People’s Progressive Party/Civic (PPP/C) government will be allocated some 33 seats in the National Assembly.

The APNU+AFC, with 217,920 votes, will have 31 seats, while the joinder list of A New United Guyana (ANUG), the Liberty and Justice Party (LJP) and The New Movement (TNM) with 5, 214 votes will be allocated one seat.

“To our utter embarrassment, not for the first time, the WPA was informed by the media that APNU had decided on its representatives for the next National Assembly,” said the WPA, adding: “It was only after we sent a letter to you enquiring about the state of affairs that we were informed by the General-Secretary of the PNC/R, that the Chairperson of the WPA (Tabitha Sarabo-Halley) is one of the selected persons.”

This, of course, was done without any engagement with the WPA, thus denying the party an opportunity to determine who its representative should be.
The party has viewed this as disrespectful, insulting, a gross disregard for principle and unacceptable. This, the party believes, is just a precursor of what is to come.
In an attempt to “flex its muscles”, the WPA had requested that their representatives for Parliament and the Regional Democratic Council (RDC) of Region Four (Demerara-Mahaica) be removed.

Efforts to contact Sarabo-Halley for a comment were futile, but the Guyana Chronicle was reliably informed that the executive arm of the WPA was not engaged before such a decision was made.

Sarabo-Halley, as a representative of the WPA, was expected to take up a seat in the National Assembly, but it is unclear whether her decision to leave the party will make way for another WPA member to be nominated, or the former chairperson will “sneak in” through another party within the coalition.

The Guyana Chronicle had reported that after almost a decade of ‘bludgeoning’ from the PNC/R, the WPA has decided to “walk away” from the Coalition, but had offered an ultimatum, which, if fulfilled, would have seen them rescinding their decision.

APNU, which comprised the PNC/R, the National Front Alliance (NFA), the Guyana Action Party (GAP), and the Justice for All Party (JFAP) and WPA, was formed in 2011, but had recruited the Alliance For Change (AFC) to form a larger coalition, the APNU+AFC.