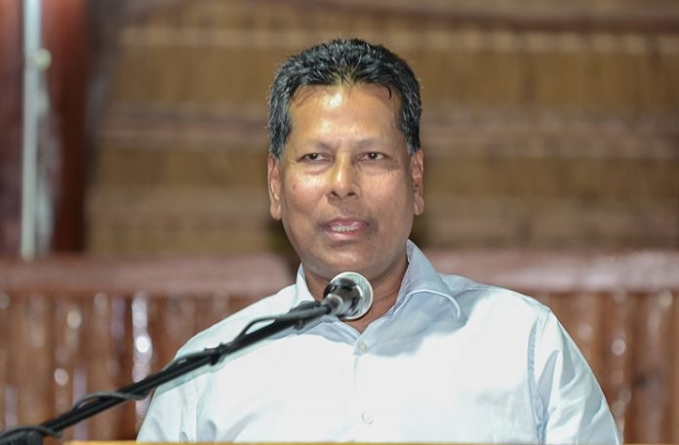 Change Guyana, the party of businessman Robert Badal yesterday said the swearing in of an illegitimate President on the basis of unverified elections results will set the country back by decades.

Change Guyana, which has gotten a small number of votes at the March 2nd elections, noted that while Election Day was 8 days ago the nation still waits on an official declaration of a winner.

The party charged that on March 5th, 2020, GECOM breached section 84 of the Representation of the People Act, by failing to verify the statements of poll (SOPs) in their entirety before tallying and making a pronouncement as to a winning party. As other parties have noted, Change Guyana said that GECOM was required to verify the SOPs in the presence of all interested parties as stipulated by Section 86 of the Representation of the People Act.  “GECOM unlawfully by-passed this requirement and made a declaration nonetheless that APNU+AFC had won Region 4 by a considerable margin”, the party said.

Noting that the party lacked the resources to obtain all SOPs from the 879 polling stations across Region 4, Change Guyana said that it was unable to independently verify the accurate count of votes for Region 4.  It said that while, the PPP/C and APNU+AFC have their SOPs, Change Guyana cannot rely on figures produced by one party or the other.

“We firmly embrace the verification and tabulation process inscribed in the Act which GECOM must adhere to.

“The outcome of the election requires verification and tabulation of Region 4 SOPs. Both the PPP/C and APNU+AFC have claimed victory. Our Electoral system is designed to accommodate only one winner”, Change Guyana added.

Adverting to the pending matter before Chief Justice Roxane George on the verification of the Region Four result, Change Guyana said: “We must now leave it up to the court to act in Guyana’s best interest and to make a declaration in keeping with the laws of our country and avoid the swearing in of an illegitimate and unconstitutional President, as pointed out by the International Community”.

Change Guyana also urged all citizens to conduct themselves in a “peaceful manner, avoid acts of violence and for our police to show restraint”.

It said that it recognized that many Guyanese are outraged by the failures of GECOM, however they must respect the rule of law and avoid violence or add to the already tense environment.