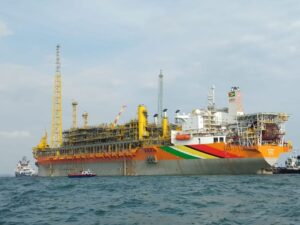 Suriname has far more protection to inspect books and visit operations of oil companies than Guyana, according to comparisons in the deals signed by both countries.

– Suriname’s petroleum laws mandate that its accountants and representatives of a state enterprise shall at all times have access to the facilities, equipment, activities, accounts, files and registers of any oil company.
In simpler terms, this means that Staatsolie, the state oil company of this neighbouring Dutch-speaking country, possesses the authority to access any oil company’s accounts, whenever it wants.
However, significantly, this important provision is absent from Guyana’s contracts.
In fact, under the Production Sharing Agreement (PSA) that ExxonMobil signed with the Government of Guyana, the country has the right to audit the company’s books. However, that right was granted along with some very restricting measures.

These measures are outlined in Article 23 and Annex C of the contract.
Annex C has an “Audit and Inspection Rights of Government” clause. That clause states that the Minister “shall have the right to audit upon 90-days written notice, at his sole cost and expense, accounts and records of the contractor, maintained hereunder with respect to each Calendar Year within two years from the end of each such year.”`

The contract states that the Minister may audit, examine and verify, “at reasonable times during normal business hours but not more than once per Calendar Year, all charges and credits relating to the contractor’s activities under the agreement and all books of accounts, accounting entries, material records and inventories, vouchers, payrolls, invoices and any other documents, correspondence and records necessary to audit and verify the charges and credits.”
The PSA also states that at the conclusion of each audit, ExxonMobil and the Government shall endeavour to settle outstanding matters and a written report will be issued to the contractor within 60 days of the conclusion of such audit.
If within 60 days of the Minister’s further investigation, the parties are unable to agree to the disposition of the Minister’s audit claim, there shall be arbitration in accordance with the arbitration provisions of the contract.

The pro-contractor provisions do not stop there. In fact, the government has to give ExxonMobil a 24-hour notice before it can visit the oil major’s off-shore operations. The government is also expected to carry out such a visit at its own expense. This is enshrined in Article 9 of the contract, which speaks to records, reports and information.
Article Nine (e) states: The Minister, through duly appointed representatives, upon providing the contractor with at least seven days notice, shall be entitled to observe the petroleum operations conducted by the contractor at his sole cost and expense and at all reasonable times to inspect all assets, records and data kept by the Contractor relating to such petroleum operations. In the exercise of such rights under this paragraph, the Minister shall not unduly interfere with the Contractor’s petroleum operations under this agreement.”

The ExxonMobil arrangement is coming under fire for its lopsided arrangements with increasing calls for the deal to be revised.
ExxonMobil started producing oil last December and is in the process of bringing additional production and storage vessels, ramping up production from the 120,000 barrels per day limit to over 550,000 barrels by 2024.