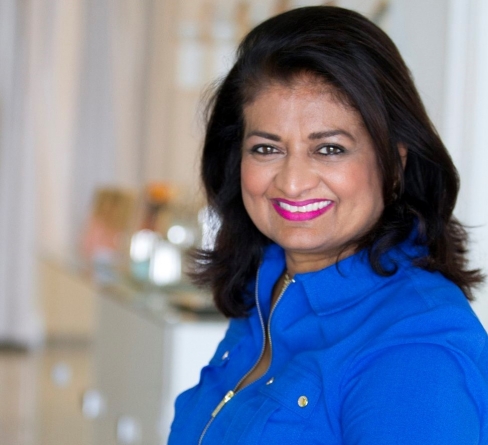 Guyana Foundation head Supriya Singh-Bodden, who endorsed President David Granger in 2015, says both he and Guyana Elections Commission (GECOM) Chair, retired Justice Claudette Singh, owe the nation an explanation for the events that occurred after the March 2nd elections.

The Cacique Crown of Honour recipient said, “The Chairperson of GECOM and David Granger owes it to the people to face them directly and truthfully to explain the present position, any other course of action is reckless.”

With glowing accolades in 2015, Singh-Bodden endorsed Granger, saying he was “an honourable man” of sterling character who listened to the people. “If he makes you a promise, he will go to the end of the earth to keep that promise. A very disciplined character…he is a very honourable man,” she had said.

Singh-Bodden, who was a member of the PNCR in the 1990s, said that was when she met Granger, while working in public relations for the party, and she was impressed with his characteristics.

“I was young in politics at the time but he never made me feel as though I was sort of like the new kid on the block or anything like that,” she said, while also pointing out that Granger “played a really big part” in getting her to get back into politics in 2015.

“I have been down the road of politics in Guyana and I have had all the experience of seeing what the political stage includes here and it was very important to me when David came in as the leader of the opposition and the signing of the Cummingsburg Accord and everything. He is the kind of person that listens; he listens. So if you say to him, for example, for us to go forward as a nation these are some of my ideas, this is how I see things happening, he is not the kind of person that will humour you and set your ideas aside. He earnestly listens. He would take out his note book and take notes and I would wonder what is it I could be saying that is worth taking notes here but he listens and he tried to incorporate what I was saying. So when I judged those things and what I knew about his character, I honestly felt that we were in safe hands,” she added.

But Singh-Bodden made clear in the recent Facebook post that following the 2015 endorsement, she was not involved with the party or played any role in these elections.

She said that as she publicly endorsed Granger in 2015, she was using a public platform now to say that “with absolute conviction that the recent events surrounding the electoral process are wrong.”

“The credibility of GECOM is seriously questioned, a cloud has descended over the organisation. It is with great disappointment that retired Justice Claudette Singh, who is an inspiration to many with her career achievements, has let Guyana down with her silence. It is an insult to the nation that the first direct utterance on the results of the recent elections was delivered by an APNU AFC party operative,” she said, calling on Granger and Singh to explain the present position.

She believes that if the APNU+AFC or any other stakeholder has objections or suspicions about the process, they must go through the legal channels to register their concerns.

“I do not support or condone a situation where David Granger and his party wins and Guyana loses,” she said.

The charity worker said that her organisation deals daily with the very poor people of Guyana and knows that the current situation places too much mental pressure on this country’s citizenry.

“We deal with people who are suffering with severe mental health challenges, with suicide. We have been struggling to lift them up, give them hope that there will be a better future. We would like to sound a serious warning that the present state of political mayhem does not make things easier. It will have far reaching negative effects deep into every village of Guyana. The people of Guyana do not have the coping skills to live through more political turmoil,” she said.

It is why she believes that the president must step up and lead by example.

“If we know not to which port we are sailing, no wind is favourable, the only safe ship in a storm is leadership. Is that too much to ask for? There can be no way forward under the present conditions,” she said.