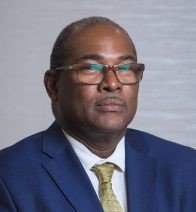 Some leases entered into by NICIL enable the lessees to transfer their interest without seeking permission, according to Nigel Hughes, the attorney for Colvin Heath-London who is presently under police investigation in relation to the disposal of lands at Peters Hall on the East Bank of Demerara.

Heath-London, the former Chief Executive Officer of state holding company National Industrial and Commercial Investments limited (NICIL) under the APNU+AFC government spent several days in police custody as part of a probe as to how lands were leased and later `flipped’ for lucrative consideration.