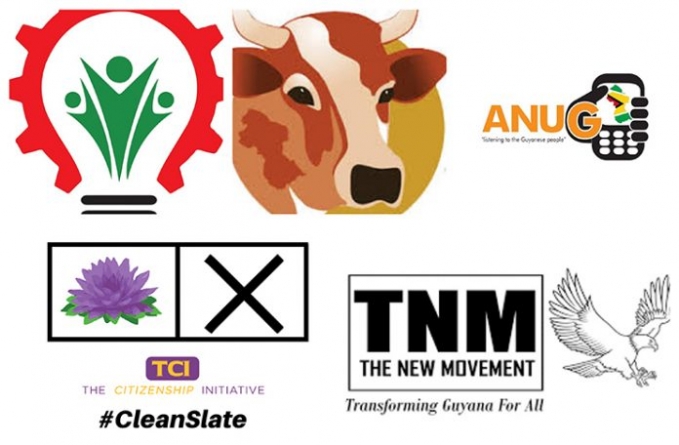 SIX political parties, which separately make up the opposition, have jointly and individually applied as respondents to the interim injunction granted by the High Court blocking the national recount of ballots and have amplified their call for the recount.

The hearing is set for today at 09:00hrs and in a joint release on Thursday, Change Guyana (CG); the People’s Progressive Party Civic (PPP/C); United Republican Party (URP); A New and United Guyana (ANUG); The New Movement (TNM) and The Citizenship Initiative (TCI) said that they are not in support of same.

“The political parties signed hereto, welcome the call for a recount of Guyana’s General and Regional Elections held on March 2, 2020 to allow for a declaration by GECOM in keeping with The Representation of the People Act Chapter 1:03 and Election Laws (Amendment) Act 2000,” the parties stated.

“We feel strongly that the injunction is without merit as it seeks to undermine the clear statement made by the Chairperson of GECOM to have a recount of the votes, and the joint agreement signed by President David Granger and Opposition Leader, Mr. Bharrat Jagdeo.”
They noted that Chairperson of GECOM, Justice (Ret’d) Claudette Singh, had previously committed to having a recount done and the international community is looking on and, thus far, is not pleased that this promise has not been fulfilled.

According to the opposition parties, the threats of sanctions since made by the international community should be taken seriously as the shared belief is that Guyanese deserve elections which are legitimate and based on a democratic process.

The joint release stated: “We strongly support the statement from the US Department of State which emphasised that the people of Guyana deserve a credible election and transfer of power that reflects the will of the people in accordance with the laws of Guyana… the parties call on all citizens of Guyana to remain calm and peaceful as these matters continue to engage the attention of the courts, and as we continue to work with the local and international community to ensure the recounting of the votes cast at Guyana’s General and Regional Elections held on March 2, 2020.”

Apart from this, the parties also raised concerns about the security of the containers containing ballots. They reported that, at the time of writing of the release, the container with Region Six ballots and the Region Four East Coast ballots were not stored at the Arthur Chung Conference Centre.

On the two days the recount was expected to begin, ballots had begun to be transported to the chosen location which the commission had agreed held the necessary facilities to display information derived from the recount on large screens.

The parties requested that the issue highlighted be “corrected immediately” stating: “In view of the foregoing, it is of paramount importance that the security of the containers containing the voting ballots be preserved. This is best achieved by all containers being stored at a central location and to permit party scrutineers to be on site and guard against any tampering with the ballot boxes.”

They also called on the Guyana Police Force (GPF) to “act professionally to de-escalate ongoing tensions arising from the election process and to perform their duties in the best interest of all Guyanese.”