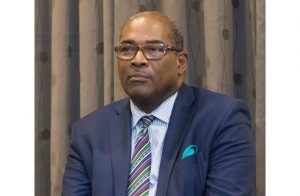 Presidential Candidate of the Liberty and Justice Party (LJP), Lennox Shuman has written to the High Court requesting them to grant orders against Attorney-at-Law Nigel Hughes, following what Shuman, the Applicant, considers to be conflict of interest on the part of Hughes.

The application is for an order to direct Hughes of law firm Hughes, Fields and Stoby, his servants and any law firm, which he is associated with to be restrained and/or barred from continuing to act on behalf of any of the defendants in the proceedings; to provide the cost of this application to be payable by Hughes; as well as further appropriate orders to resolve the conflicted position of the attorney.

According to the grounds of the application, on February 14, 2019, the application brought proceedings against the Defendants – Guyana Chronicle and its Editor-in-Chief, Nigel Williams – who was represented by Hughes in court action number 2019-HC-DEM-CIV-SOC-4. The application claims that seven separate publications over a period of approximately 16 days (December 30, 2019 to January 14, 2019), were intended of lowering his “character, morality and honesty in the eyes of the right-thinking members of the public as the Guyana Chronicle Newspapers is in print circulation, electrical circulation and circulation on social media by direct and indirect means,” the July 3, 2020 application reads.

The second matter, which occurred something in 2017, related to a charge of disorderly conduct. The document stated that there were allegations made against Shuman for missing items, to which Shuman was charged. The matter was heard in the Mahaica’s Magistrate’s Court, in which Hughes acted on behalf of Shuman in those proceedings. Due to the unsatisfactory outcome of the proceedings, Shuman instructed his attorney to file an appeal to the Full Court, which is still pending.

Due to the registry’s current pandemic protocol, Shuman says he was unable to obtain copies of the case jacket and the Appeal to exhibit.
Both Shuman and Hughes’ client relationship “never expressly or implied terminated by either party,” as the document shows, while adding that Shuman the applicant, is aware that Hughes is still his Attorney-at-Law in the matter pending in the Full Court.

Against this, the applicant is concerned that Hughes “has failed to comply and act in accordance with the applicable code of conduct’, “that Mr. Hughes failed to recuse himself from acting further for the defendants despite being aware that there is a clear conflict of interest; “more so, Mr. Hughes continues to act and be involved in the previous court hearings for the defendants without disclosing the existence of the conflict of interest.”
The application also states that on May 14, 2020, the Applicant sent an email to Hughes in relation to the conflict of interest, to which the Attorney admitted that he acted for the Applicant, “but that there was no conflict because he acted on a pro bono basis.”

“It is contended that Mr. Hughes cannot act at the same time for and against the Applicant, and his firm, Hughes, Fields and Stoby is in no better position,” the document said.
Up to press time, calls to Hughes for a response were not answered.