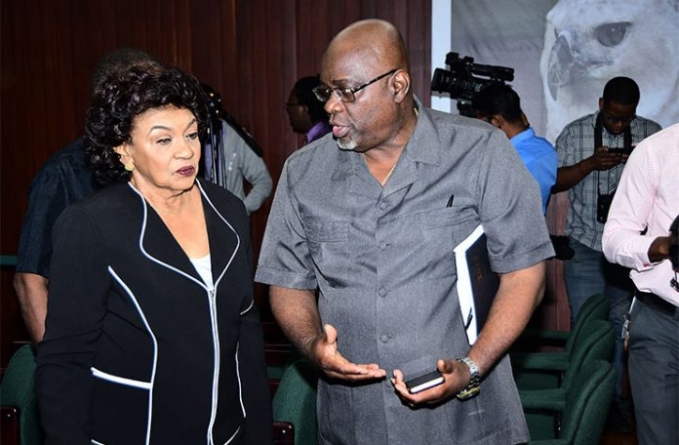 GECOM’s chair, Retired Justice Claudette Singh, must act and do so immediately. She has no other choice.
The Commission’s Chief Elections Officer (CEO), Mr. Keith Lowenfield, has repeatedly engaged in the most flagrant acts of insubordination, through calculated disrespect and continuing disregard for clear directives issued by Chairwoman Singh.

Mr. Lowenfield’s gross disavowal of one order after another from the Chair of the Commission would not have been tolerated in any organization worth its salt, or in any environment that aspires to democratic norms and ideals.
He has done as he sees fit and both unilaterally and arbitrarily, through reports that are so skewed that they border on the criminal.

He has disenfranchised over a hundred thousand Guyanese voters. No man, no official, should be allowed to act so manipulatively and capriciously. He has hijacked Guyana’s electoral process and holds this nation hostage at his whim and through his corrupting tactics.
Chairwoman Singh must move quickly to replace him.
His replacement does not necessarily have to be from within the ranks of the GECOM Secretariat, which is saturated with partisan elements.

The Chairwoman must manifest courage and a backbone that will not bend before the barefaced daylight robberies resurrected from decades ago.
This is the 21st century. This has to be a new and better Guyana. It must be a place of the lawful and the democratic, and where the will of the people must be honored and not desecrated by the likes of the CEO and those who stand behind him.

She must fire the CEO immediately and without ceremony. Start with somebody fresh tomorrow.
Let this election be closed out and give Guyanese a chance to live again.

This author has not added a biography. Meanwhile 1953 Movement has contributed 11879 posts. Click here to view them.