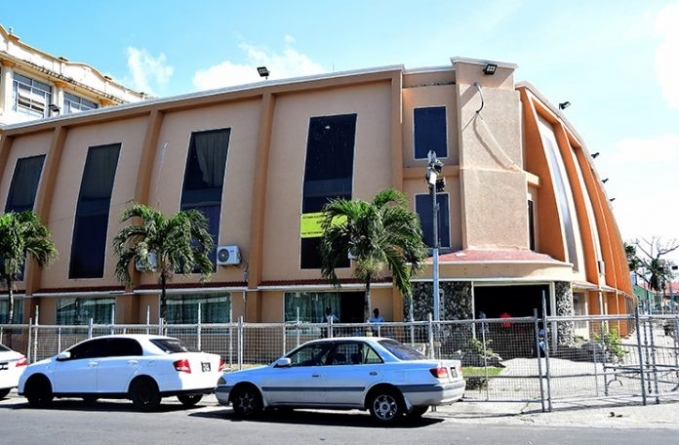 The Returning Officer of the Guyana Elections Commission (GECOM) for Region Four, Clairmont Mingo, has resumed the tabulation exercise for the region using statements of poll (SOPs.

According to a  GECOM’s Public Relations Officer, Yolanda Ward,in the interest of transparency the RO decided to use the SOPs. He decided to restart the entire exercise GECOM said,and is hopeful that with the cooperation of those present, the exercise will be completed within the shortest possible time.

Attorney-at-Law, Sase Gunraj, who sits on the Elections Commission, told journalists on Thursday, that Mingo, despite the ruling of the High Court on Wednesday, breached the Representation of the People Act by use of a spreadsheet.The court ruling followed an injunction filed by private citizen Reeaz Hollodar on behalf of the Peoples Progressive Party/Civic (PPP/C) blocking the declaration of Region Four results.

Outraged over the situation, Gunraj explained on Thursday that Mingo appeared before the agents of the various political parties, observers and GECOM officials and staff with a prepared spreadsheet. He noted that it was the same spreadsheet that the Returning Officer had used to declare the votes cast –a declaration, which has since been nullified by the High Court.

According to GECOM, Mingo said that Chief Justice Roxane George-Wiltshire in her recent court ruling, said that ,”However, it is not for persons to intervene in or stop the tabulation process and ultimately the declaration of the votes, which declaration must be public because they are of the view that the RO has not addressed their concern.”

GECOM said the Chief Justice unequivocally pointed to Section 84(2) of the of the Representation of the Peoples Act, chapter 1:03 which provides for redress if there is dissatisfaction with the addition process and ultimately, the declaration.

GECOM said that it remained hopeful that with the cooperation of all stakeholders, the process would move a step closer to the finalisation of the electoral process.

PPP executive Anil Nandlall has filed contempt proceedings against the electoral body arguing that it flouted the order to recommence the process on Thursday.That matter is currently ongoing.