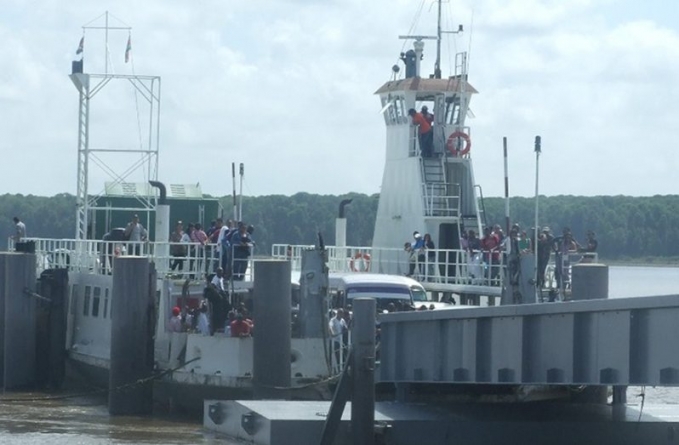 PERSONS eager to travel between Guyana and Suriname will have to wait a bit longer after the plan to recommence marine travel between the two countries have been postponed indefinitely. The Moleson Creek crossing was slated for reopening this Saturday, December 12 after its closure several months ago; however, following the announcement of the resumption of service, it has been reported that a number of Cubans have been camping out at South Drain in Suriname, waiting to travel to Guyana.

Due to that large gathering, the two countries have postponed the marine travel. This postponement was confirmed by Minister of Public Works Juan Edghill on the sidelines of an event on Monday. “At the diplomatic level, it is being handled and as soon as the issue of the congregating and a determination in terms of what will take place with the Cubans that are at the South Drain on the Suriname side, as soon as that is resolved, we are ready,” Edghill said. The minister also related that the Directors of the Canawaima Ferry Inc and the Canawaima Management Committee will be meeting on Friday in Guyana at 10:00hrs and in Suriname at 13:00hrs.

He however emphasised that the matter is being handled by the Ministers of Foreign Affairs that are both collaborating with the United Nations (UN). Both countries had closed their borders in March as part of efforts to mitigate the spread of the COVID-19 pandemic. President Irfaan Ali and the President of Suriname Chandrikapersad Santokhi however agreed that the ferry service between Guyana and Suriname will recommence. This decision was made when President Ali and other high-level officials from Guyana visited Suriname on November 23 for a three-day trip, to join in that country’s Independence Day celebrations and discussed matters of mutual importance.