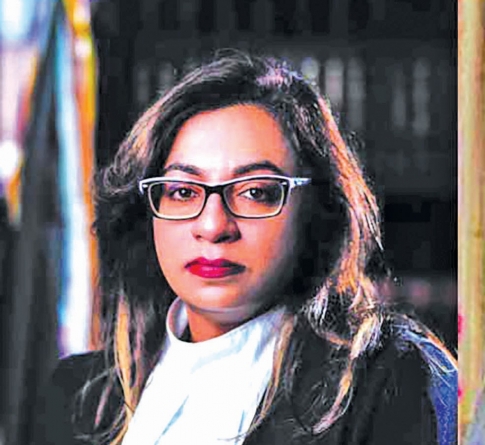 The Court of Appeal yesterday threw out the appeal in the elections case filed on behalf of A Partnership for National Unity + Alliance For Change (APNU+AFC’)s Misenga Jones to stop the Guyana Elections Commission (GECOM) from making a declaration of the elections results based on the recount figures.

In a unanimous decision, High Court Justice, Priya Sewnarine- Beharry; Justices of Appeal, Dawn Gregory and Rishi Persaud agreed with the reasoning of the Acting Chief Justice (CJ), Roxane George-Wiltshire, that recount figures are the only data that can be used to determine the final result of the elections.
The recount figures show a victory for the Opposition led – People’s Progressive Party/Civic (PPP/C) over the incumbent APNU+AFC by over 15,000 votes.

Jones inter alia wanted the Court to decide that Chief Elections Officer (CEO) of GECOM, Keith Lowenfield, can submit the report derived from his own calculations in the process, rather than the recount figures despite a recent endorsement of the CARICOM- supervised recount process by the Caribbean Court of Justice (CCJ) – Guyana ‘s Apex Court.

Given the ruling of the CCJ in a similar matter, Jones request was considered wholly ill-conceived and a waste of the Court‘s precious time by the CJ (ag) in her judgment last week.
In similar fashion, the appeal filed by Jones and her legal team was turned down by all three Justices at the Appeal Court.

In separate rulings, all three Judges dismissed Jones’ appeal, as well as a cross appeal filed by Attorney General (AG) Basil Williams, meant to stop the declaration based on the recount.

In concurrence with the reasoning that the Court has a narrow jurisdiction to function in a supervisory role in the circumstance for the completion of the elections process, the judge held that on the question of the function of the CEO, he is a statutory officer of GECOM who is subject to the direction of the Commission and must therefore carry out his functions in accordance with its directives.

Pursuant to Section 18 of the Elections Law Amendment Act (ELAA), which states that, “the CEO and the Commissioner of Registration shall, notwithstanding anything in any written law, be subject to the direction and control of the Commission,” Justice Sewnarine-Beharry emphasized that there was no provision in the Constitution or law that gives the CEO the power to direct GECOM.

She noted the directions given to the CEO by GECOM Chair, Justice (Ret’d), Claudette Singh, must be treated as a valid and lawful directive which the CEO is to obey by virtue of Section 18 of the ELAA.
Justice Sewnarine-Beharry said too that it was disingenuous for the CEO to want to prepare a report based on declarations made before the recount.

She said that, “very often, they make decisions which are not always popular; it is one of the occupational hazards, and we have to live with it knowing that we have decided fairly and in accordance with the law.”
She added, “I trust that I speak for all members of the judiciary that we do not have to carry the additional burden of political pressure from any quarter.”

The judge held that, “at all times respect for our courts, and order emanating therefrom, must be maintained whether right or wrongly made. We are here to dispense justice fairly and to hold the scales evenly.”
To put simply, Justice Sewnarine-Beharry said that, “if the law is on your side, regardless of the identity of the litigant, you will win. If the law and judicial precedent are against you, you will lose.”

She further emphasized, “Justice must never be tied to political considerations and affiliation if we, as a democratic nation, believe in the Separation of Powers. That is the legislative, Executive and Judiciary; the independence of the judiciary must be maintained at all times.”

RECOUNT UPHELD
Justice Persaud held similar views on the matters raised in the appeal. He too called the appeal a classic case of the abuse of the court’s process and pointed to a number of points in which the matter was res judicata or decided on before by Courts of competent jurisdiction.

He noted that the CCJ, a higher Court, handed down a decision that was in keeping with his view as it regards the election cases placed before the Appeal Court.
He said that in this regard, he continues to harbour reservations over the majority decision in favour of the case by Ulita Moore versus GECOM and others.

In the case of Moore, Justice Persaud gave the lone dissenting judgment.
In that case, Persaud noted that the issues outlined in the appeal dealt with the subject of the validity of elections and was therefore meant for the exclusive jurisdiction of the elections court.
“I continue to hold the view that those are matters for an elections Court pursuant to Articles 163 (b) (1) of the Constitution…”

The Appeal Court Justice said that, as such, the issues raised by the appellant are most suited for judicial review proceedings.
In this regard, the judge noted that the CEO, as an employee of the Commission, has no discretionary power or authority and must perform his duties under the direction of GECOM.
The judge held too that since the recount was lawful, the CEO is duty-bound to provide advice based on the recount as directed by the Chairperson of the Commission.

He held that if GECOM must act on the advice of the CEO, his advice must be lawful and any other advice that he gives, outside of the recount, would be absurd.
On this point, the judge relied on the judgment of the CCJ that “unless and until an election court decides otherwise, the votes already counted by the recount process as valid votes are incapable of being declared invalid by any person or authority other than the High Court through an election petition.”

ENDORSED
In her endorsement of the rulings, the Court’s President, Justice Gregory, in a decision that followed also agreed that the appeal lacked merit.
She too told the parties that several of the issues raised by Jones’ appeal are best suited for an Elections Petition, which can only take place after the elections has concluded.
In dismissing the appeal, Justice Gregory relied heavily on the rulings of the CCJ and the CJ (ag).
She noted that several of the issues were already litigated and hence the current proceedings are an attempt to re-litigate issues.

Justice Gregory noted that the ruling of the High Court, that endorsed the decision of the Chairperson of GECOM, that the results can be declared on no other basis than the figures derived from the recount process.
The judge noted too that, similarly, the CCJ had rendered the same determination that upholding Section 22 of the ELAA and Order 60 of 2020 from which, the recount process emanated was constitutional, valid and legal.
This, Justice Gregory noted, is contrary to the complaint of Jones, who is challenging the constitutionality of the laws which formed the basis of the recount.

The judge therefore held that in light of the foregoing, the CEO should have no trouble carrying out the instruction of the Commission to prepare his report based on the recount figure since he would have supervised the process.
“I see no difficulty in that, in him complying swiftly to complete this process,” she said.
By the end of the judgment, both attorneys representing Jones and the AG indicated their intention to appeal to the CCJ.

Their application for stay of the judgment was initially denied by the Court in the face of strong opposition from several opposing legal team.
However, by the end of the proceeding, the Court granted them a 24-hour stay for consideration on their way forward.