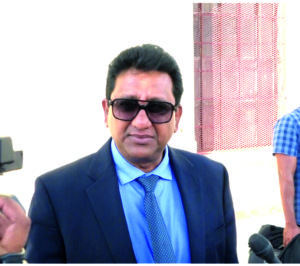 The Chief Parliamentary Counsel has offered a legal opinion on the interpretation of Article 162(1)(b) of the Constitution and Section 22 of the Election Laws (Amendment) Act 2000. In respect of, an Order drafted by the Guyana Elections Commission embracing a recount agreed upon by President David Granger and Leader of the Opposition, Bharrat Jagdeo, of all votes cast at the 2nd March 2020 Elections, brokered by Caricom, to dissipate the controversy surrounding the tabulation and declaration of region 4 results by the Returning Officer.  In his opinion, Section 22 of the Election Laws (Amendment) Act 2000 either singularly or cumulatively cannot clothe GECOM with the requisite legal cover to execute this Order.

From the inception, I must emphasise that on the evening of the 15th March 2020, GECOM unanimously agreed to conduct the recount in the presence and with the collaboration of the High Level Caricom Team, beginning with Region 4. GECOM, therefore, would be spearheading this exercise, not the Caricom Team. The question of the High Level Caricom Team usurping the constitutional role and functions of GECOM, cannot therefore arise.

It is now public knowledge that the Region 4 Returning Officer’s declaration on the 5th day of March 2020, was vacated and declared unlawful by the Chief Justice on 11th March 2020, on the basis that he did not comply with the procedure laid down in Section 84 of the Representation of the People Act Cap 1:03 because he did not use the Statements of Poll as the basis of ascertaining and adding up of the votes cast in Region 4. It is also public knowledge that notwithstanding the Chief Justice’s ruling of 11th March 2020, and in spite of Contempt of Court proceedings filed, the Returning Officer purported to continue the Section 84 exercise without using the Statements of Poll as his primary basis. Yet he proceeded to make another flawed and unlawful declaration of those results on Friday 13th March 2020.

This rogue Returning Officer compounds his illegalities by refusing requests for Final General counts made by eight contesting parties on the ground that there were no counting agents appointed, although each political party has evidence, in writing, that they appointed their counting agents and notified the Chief Election Officer and the Returning Officer; and that the Returning Officer met with these identified counting agents and briefed them about their roles and responsibilities, then fully interacted with them on Polling Day and during the tabulation exercise on 3rd and 4th March 2020, before there was a breakdown of this exercise. It must be emphasized that the request for the count is a mandatory facility, granted by the law and therefore, cannot be lawfully refused.

It is against this backdrop came the Caricom intervention and the decision made by GECOM on 15th March 2020, to conduct the recount. We were told that the Order which was being drafted by GECOM was to provide “legal cover”, hence the invocation of Article 162 of the Constitution and Section 22 of the Election Laws (Amendment) Act 2000.

It is common ground that a Constitution and Legislation are organic living documents which must be construed purposively and not without any undue “legalistic tabulism”. It is also a universally recognised principle that in interpreting any electoral statutory or constitutional provision, one must do so liberally in favour of protecting and preserving the right to vote and the sanctity of the Ballot.

It is against this legal electoral and realistic mosaic that Parliament invested in GECOM  a plenitude of omnibus powers reflected in Article 162(1)(b) of the Constitution and Section 22 of the Election Laws (Amendment) Act 2000. It is worthy to note that both provisions were both enacted in the year 2000. Those who were conversant with contemporary Guyanese politics, would recall the mayhem which erupted from the 1997 elections and the Herdmanston Accord which ensued, a component of which provided for legislative electoral reforms.

Article 162(1)(b) of the Constitution and Section 22 of the Election Laws (Amendment) Act 2000, were part of the menu of legislative electoral reform inspired by that Accord. Being alive to the rationale for these reforms, i.e., the aftermath of the 1997 elections, Parliament clearly intended GECOM to be empowered to make almost any decision or give any directions, or correct any errors or omissions necessary, so that there can be a smooth conclusion of an elections and to, ultimately, produce a result that reflects the will of the electorate.

It would be noted that Section 22 (2) of the Election Laws (Amendment) Act 2000 requires the National Assembly to give its imprimatur to any actions done under this exceptional provision, if Parliament is in session; and where Parliament is not in session, these powers can only be exercised within three (3) months of an election. These abnormal provisions were clearly intended to be activated in very exigent and extraordinary situations. One can hardly conceive a more suitable of such circumstances than which now prevails.