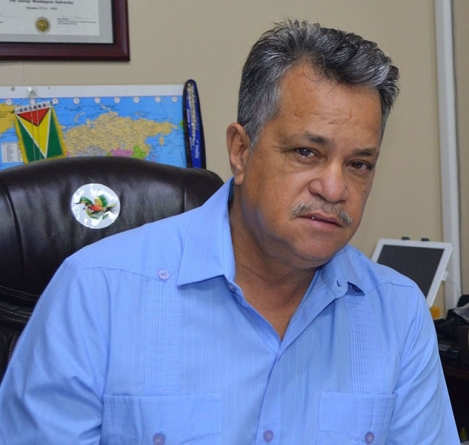 While declaring the voting process credible, the Private Sector Commission (PSC) yesterday took aim at the sloth in the release of the results from Monday’s polling.

“We are extremely concerned that the process is very delayed and we don’t have a reason why this is happening,” PSC Chairman Gerry Gouveia told a press conference at the organisation’s Waterloo Street headquarters.

The absence of results, he said, creates concern and tension among the populace while most businesses had closed. He said that it doesn’t bode well for the business community and the economy as a whole.

“That is not good for Guyana, not good for the economy and one of the reasons is why the PSC is so involved is because for our businesses to grow, for our employees to grow, we need to do it in a stable environment,” he added.

The PSC fielded observers in every region and Gouveia said that the voting process went smoothly and the private sector body is confident that the elections are credible, free and fair. “We were exceptionally impressed…the staff of GECOM [Guyana Elections Commission] are well-trained, friendly, accommodating and handled the electoral process very professionally,” he said.

“At the end of the day, we came away with a high regard for compliance for free and fair elections, credible elections up to the end of polling yesterday, and last night we witnessed the country and up to that point and time we left there with a high sense of confidence,” he added.

Gouveia lamented that while the law does not bar Returning Officers (ROs) from publicly declaring their regions’ results, there has been a sloth to this process, given that none of them had made a public declaration up to the time of the news conference, which was held shortly after 5 pm.  “We really expected elections results. The nation would at least by the declaration of the elections results, by this time today… much to our disappointment, at this time, we have had no official declaration by the Returning Officers and it is of extreme concern to us,” he said.

“We expected to have the declaration of at least the five big regions—3, 4, 5, 6 and 10—by today, 1 pm the latest. Then we expected the outlying regions to have started this morning and by now had those numbers…we are extremely concerned that this process is delayed and we don’t have an acceptable reason,” he added.

Gouveia said that he raised the issue yesterday with Chief Election Officer Keith Lowenfield, who told him that there was nothing from GECOM’s end barring the ROs to declare their results.

GECOM’s CEO had on Monday evening said that he was hoping that the ten ROs would be in a position to make a declaration of the results in their respective districts by lunch time yesterday.