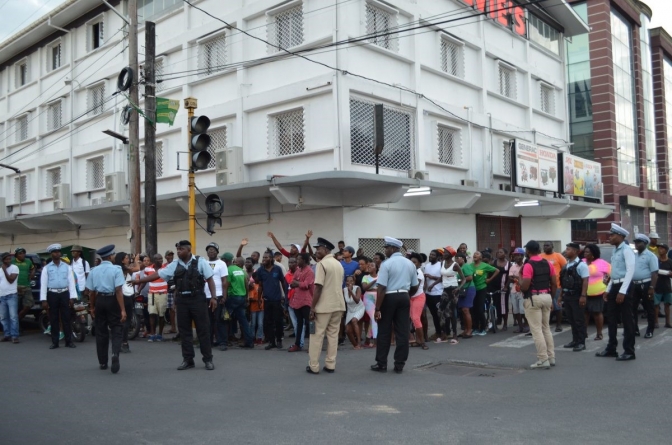 Nine of Guyana’s 10 electoral districts have officially declared the results of the Regional Elections contested on Monday and the opposition PPP/C was leading the incumbent APNU+AFC by over 51,000 with only Demerara-Mahaica to be verified.

On Monday, Guyanese cast ballots in both the General and Regional Elections. Electoral law prescribes that only Chief Election Officer Keith Lowenfield can declare the General Elections while at the level of the Regions each Returning Officer is required to make a public declaration of the results of those elections.

Traditionally voting at the Regional Election mirrors that of the General Elections. If this pattern holds true then the incumbent is depending heavily on the still to be declared Region 4- Demerara/Mahaica to close a gap of more than 50,000 votes.Region Four which has the largest registered population 285,618 or 43% of the 660,998 total was the deciding factor in 2015. The incumbent managed to secure 112,362 votes and the PPP/C 69,986 – a difference of 42,376 votes.

These votes meant that the coalition secured the largest number of votes but the race this time appears to be harder.  So far the Region’s results have not yet been declared since discrepancies in the official tally led to a decision to restart the counting process.

The smaller parties such as Change Guyana (CG), the Liberty and Justice Party (LJP) and the United Republic Party (URP) managed only a smattering of votes in most regions.  In total LJP has secured the largest number of individual votes across the Regions with their best showing in Region 8 where they secured 925 votes.

A New United Guyana (ANUG) and The Citizenship Initiative (TCI) did not contest at the Regional level.