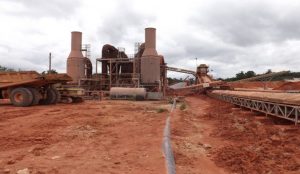 The political crisis over the March 2 elections results has further contributed to uncertainty about the future for the 326 workers that were sacked by the RUSAL-owned Bauxite Company of Guyana Inc (BCGI) in January, General Secretary of the Guyana Bauxite and General Workers Union (GB&GWU) Lincoln Lewis has said.

Speaking with Stabroek News yesterday, Lewis said the rift between workers and BGCI remains at a standstill as there is no government in place to facilitate talks that will result in a resolution.

He stressed that the current political situation has been ongoing for too long and the union would like to see this situation be resolved so that they can resolve issues for the workers.