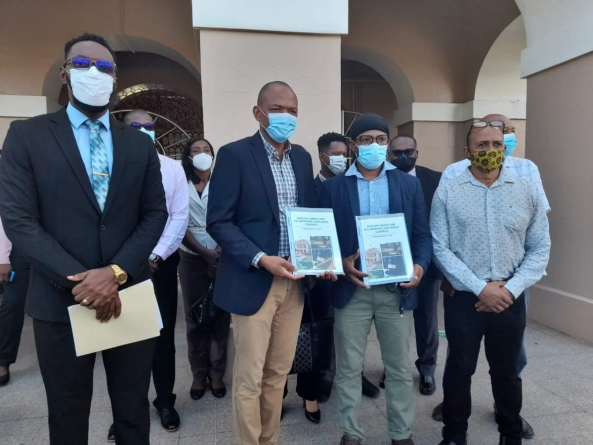 While it failed over its five-year term in office to decriminalise small amounts of marijuana, opposition APNU+AFC MPs are pledging to push forward with an amendment bill in the 12th parliament.

They say the inactivity of the National Assembly in 2019 due to the passage of the no confidence motion on December 21, 2018 prevented MPs from the Alliance for Change (AFC) segment of the governing coalition from being able to successfully pilot the amendment of the Narcotic Drugs and Psychotropic Substances (Control) Bill, a bill aimed at easing penalties on possession of small amounts of marijuana.

General Secretary of the AFC David Patterson made the comment when asked by Stabroek News on Friday why his government did not succeed in passing the bill when they had a majority in parliament. Such a bill had been on the AFC agenda since 2015