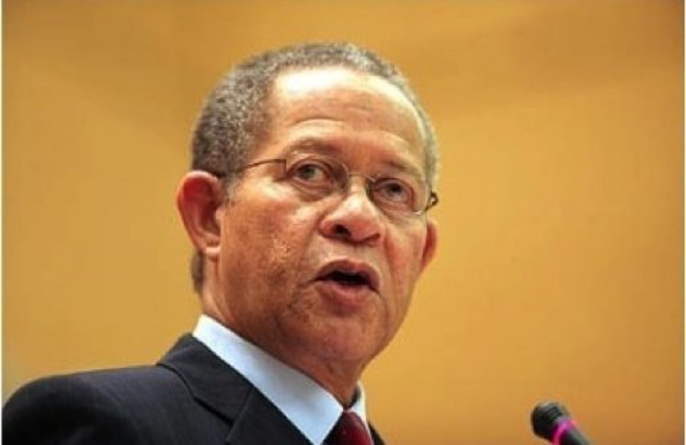 As Guyanese continue to anxiously await the results of the 2020 General Elections, one foreign observer mission is advising that the elections commission implement a technological solution which would allow for preliminary results to be available on Election Day or the morning thereafter.

Speaking during a release of its preliminary report, the Head of the Elections Observer Mission (EOM) from the Organization of the American States (OAS) acknowledged that the largely manual tabulation system coupled with Guyana’s geography, infrastructure and population distribution can create significant challenges for the organization of elections and the timely delivery of results.

He however recommended the development of a technology solution that allows the collection and transmission of images of the Statements of Polls and collated results from regional locations to a central server location in Georgetown.

The EOM Chair, former Prime Minister of Jamaica, Bruce Golding argued that the recommended technology solution would allow Guyana to implement a more modern tabulation system which facilitates the publication of preliminary results.

Currently all electoral materials including the statements of polls are transported by land, water and air to the Returning Officers (ROs) in each of the 10 Regions and to the Chief Election Officer (CEO) in Georgetown, in order to facilitate the tabulation, verification and declaration of the results of the elections.

Golding noted that the only area of automation in the counting process currently occurs at the CEO’s office, where a computer application, specifically designed by GECOM for this purpose, supports the tabulation of the results.

The mission has recommended that the commission should consider the establishment of a central computerized results receiving centre, where election results summaries are periodically sent via secure telecommunication lines from each of the ten Regions across the country to the CEO.

“Scanned Statements of Polls can be sent to the CEO simultaneously to be published alongside the digitized electoral results,” they advised noting that GECOM should also consider including a technology solution in the electoral system which supports the final tabulation of the results of the election.

“Official tabulated elections results should be available online, through the Electoral Office’s official web site, to ensure faster and simultaneous transmission to a wider audience,” they said adding that this would promote the transparency of the election results.

Despite these concerns about post elections day processes the EOM praised the conduct of the March 2 elections.

Guyanese voters were commended for their strong democratic commitment, as reflected in their peaceful and enthusiastic participation at the polls and GECOM’s secretariat was commended for demonstrating a strong commitment to delivering a process that complies with the provisions of the prevailing electoral legislation.

“The activities and processes observed by the Mission prior to Election Day, including training sessions for poll workers, and the consistently strong performance of those poll workers on Election Day, are to be commended,” they stressed.

“The Mission looks forward to the publication of the official results at the earliest opportunity”, the EOM statement added.

The Mission however pointed out several areas in which the electoral process and system and by extension, voters could benefit from greater agility, and in some cases greater certainty.

“As noted by the 2015 EOM, and in order to avoid long lines of voters waiting to cast their ballots, GECOM should consider introducing a standardized process that will allow the verification of at least one or two additional voters while one voter is casting [their] ballot,” they explained.

Additionally the EOM highlighted the difficulty resulting from last minute changes to polling places which are normally announced 20 days before an election.

This year GECOM decided to minimize the use of private residences but did not inform stakeholders until less than a month before Elections Day.

The Opposition People’s Progressive Party/ Civic expressed concern that its supporters had been unequally impacted in this process of reducing these residence and the issue was eventually resolved in a manner that was acceptable to both sides, with the introduction of additional polling places in public places.

However the EOM had some concerns regarding the lateness of the solution, just 2 days before the poll.

“Considering the challenges surrounding the use of private residences as polling places in this electoral process, the electoral authority should review and resolve this question well ahead of the next elections, to ensure that the uncertainty it generated on this occasion does not reoccur,” they have advised.

They have also recommended that GECOM should develop a detailed electoral timeframe and plan that include comprehensive descriptions and protocols of the activities and documentation necessary to conduct oversight of the delivery of the Statement of Polls.

On the Commission itself the EOM has advised that Guyana engage in a multi-stakeholder discussion on the structure of the electoral authority in order to enhance the deliberative nature and decision-making of the Commission.

The mission has according to the report observed the polarization among the members of the Guyana Elections Commission and the challenges this created in arriving at consensus on most issues.

“The divisions appear to exert undue pressure on the Chairperson and the use of their casting vote to resolve decisions before the Commission,” they note.

One such matter was the controversial House to House (HtH) registration exercise initiated by her predecessor retired Justice James Patterson.

The exercise was truncated following a ruling by the Chief Justice (acting) that residency is not required for registration, and that the names of persons already on the list of registrants and electors, who were not captured during the house-to-house registration exercise, could not be removed unless they were found to be dead, had been certified insanity or had committed an election offence.

Singh decided in keeping with the ruling that the HtH was still a legal process to add the names of new registrants from that process to the National Register and the List of Electors resulting in an eligible voting population of 660,998 names.

The EOM acknowledged that in light of Guyana’s estimated population of 785,000 this list is bloated and recommended a comprehensive reform of the voter registration system, along with the necessary legislative authorizations for registration, changes to voter lists and submission of complaints about the exclusion or inclusion of voters.

“Undertaking a House-to-House registration exercise at the earliest opportunity upon completion of the election and periodically thereafter,” has also been advised.