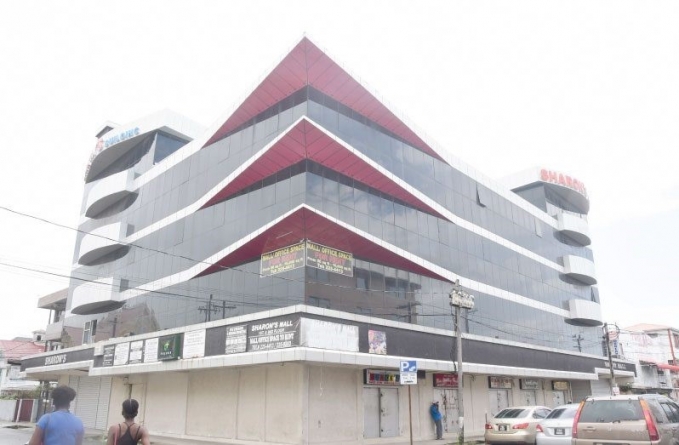 A BOMB scare led the Sharon’s building at the corner of King & Charlotte Streets, Georgetown, to go into lockdown during the early hours of Tuesday. According to Commander of Guyana Police Force (GPF) ‘A’ Division, Phillip Azore, a call was made to the GPF alerting them to the alleged presence of a bomb hidden within the building. Following the threat, business owners and their staff vacated the building for their safety.

“We received a call this morning and we would have responded in relation to that with the bomb disposal unit. They swept the entire building and are now in the process of doing further investigations to ascertain who made the call and where it came from,” stated Azore.

Meanwhile the mall remained closed for the remainder of the day while businesses nearby remained open. Business owners belonging to Sharon’s mall, who were viably upset at this morning’s events, refused to speak to the media on their experience and how they learnt of the threat.