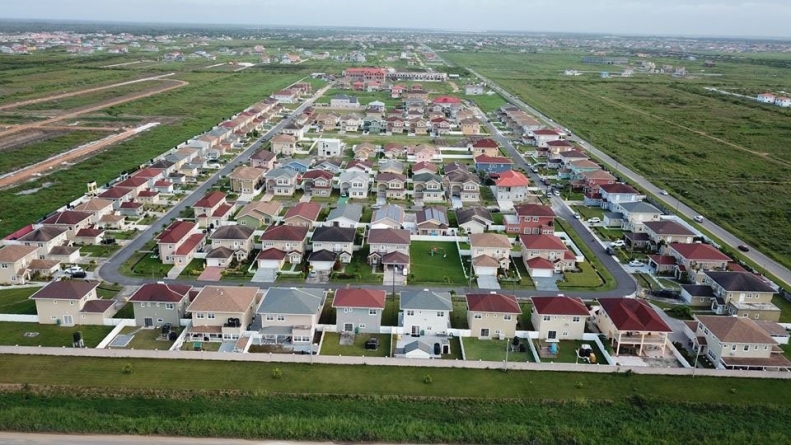 Navigant Builders Inc, the company that is developing a premier luxury commercial and residential community at Ogle, East Coast Demerara, have announced that they are postponing the development plans at this time.

It was just over two weeks ago that Navigant, the developers of Windsor Estates, broke ground for the community, which will be developed on 30 acres of land which were once used for sugarcane cultivation. The company had purchased the land from government’s holding company, the National Industrial and Commercial Investments Limited.

In a notice posted on Friday on Navigant’s Facebook page, the company explained their decision to delay plans.

“Due to an uncertain business environment, Windsor Estates/Navigant

Builders, a US-based real estate developer will hereby be postponing its plans for the proposed Ogle project,” the company said.

“We would also like to state that this decision is non-partisan in nature, and that we are prepared to move forward with this project once a democratic and credible resolution to the election has been reached,” the statement added.

The company also used the opportunity to call on all political parties and citizens to remain calm and maintain the peace during this time.

The lands were sold to overseas-based Guyanese Danny Sawh for the construction of the luxury gated community.

Head of NICIL’s Business Development Unit, Rachael Henry, at the sod turning, disclosed that the land was purchased for more than $780 million with each acre costing just over $26 million.

Henry had explained that, “This project will provide real employment over the construction period and post-construction phases [and] will see opportunities in the hospitality, sport, leisure and tourism sectors. Through this development, patrons of the community are promised a unique brand of exclusive suburban living and sophistication that depicts a lifestyle of elegance.”

She highlighted that the community will feature “very modern design homes, [a] commercial zone to include banks, medical facilities, a shopping area and exquisite restaurants.”

Further it was disclosed that the community will feature a man-made lake to enhance its external aesthetics. Patrons will also have access to swimming pools, multiple tennis courts, a basketball court, a 7,500 sq ft clubhouse that will be equipped with a game room, kids’ video game room, large-screen movie room with theatre-style seating and a gymnasium.

Sawh is an overseas-based Guyanese investor with over 24 years of residential and commercial real estate experience as well as in construction. He is also the owner of Stonewall Contracting Corporation of NY.