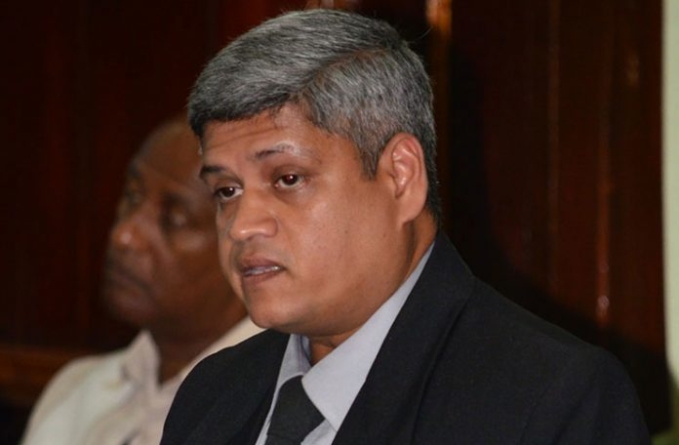 It appears that de facto Minister within the Ministry of Public Infrastructure, Jaipaul Sharma, has changed the person he shows spiritual devotion to. In fact, screenshots from Facebook show that Sharma has begun to “serve” his party leader and incumbent President David Granger.

In a June 20 Facebook post made by Sharma, the minister expressed his concerns with what he referred to as “irregularities” in the conduct of the March 2, General and Regional Elections. When challenged by one commenter about the inaccuracies in his post, Sharma responded with a Biblical incantation: “My friend you sound like SATAN! My answer to you, be gone SATAN! For it is written that I shall serve H.E President David Granger him only shall I serve.”
This appears to be Sharma’s personal interpretation of Matthew, Chapter 4, Verse 10: “Jesus said to him, “Away from me, Satan! For it is written: ‘Worship the Lord your God, and serve him only.’”

Jaipaul Sharma originally served as Junior Finance Minister, representing the Justice For All Party (JFAP), founded by his father C.N. Sharma, one of the parties constituting A Partner for National Unity. He however switched over last year to David Granger’s People’s National Congress (PNC).