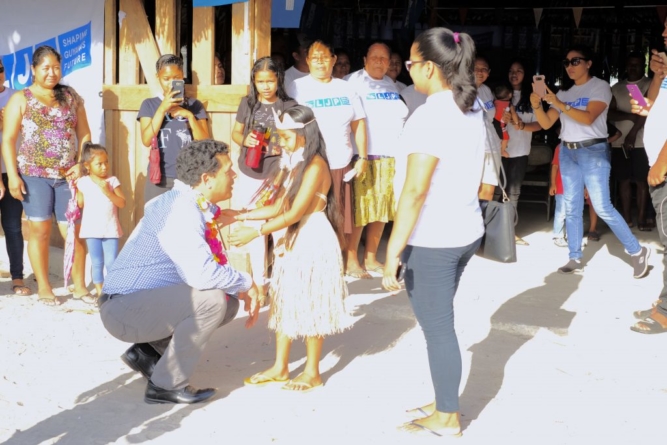 The Liberty and Justice Party (LJP) launched its election campaign Saturday in the indigenous community where the idea for the party was birthed two years ago.

It was also where the party’s presidential candidate, Lenox Shuman grew up and where he served as the community’s leader.

A number of villagers attended the launch in the Benab in Pakuri Village (formally St. Cuthbert’s Mission) as proud supporters that one of their own will be contesting the March 02 polls. 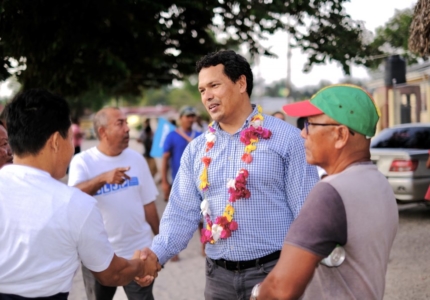 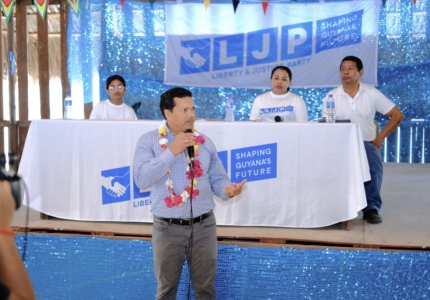 In his campaign speech, a hopeful Shuman pledged to improve the use of technology, take a more comprehensive approach to the delivery of education, provide better quality healthcare, include youths in decision making, tax-free concessions for local businesses, protection of the environment, eradicate corruption at all levels of governance, renegotiate oil contracts, paved roads in every community, ensure that indigenous rights and culture are respected among other things.

“We want to ensure that we take care of our people first, that all Guyanese are not starving, that they have a place to go to if they don’t have a shelter of their own and after we get that part done then we are going to address constitutional reform,” Shuman said.

He boasted that the LJP has already drafted a comprehensive plan on how to govern the country should the party win.

“….it is very comprehensive; I don’t see it exhibited in any other party’s manifesto to extent that we want to do it,” he said. 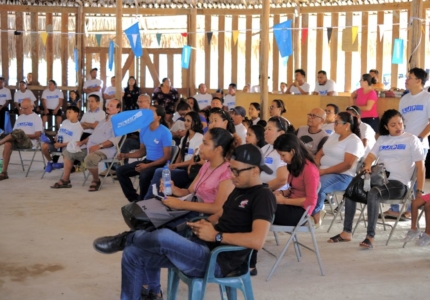 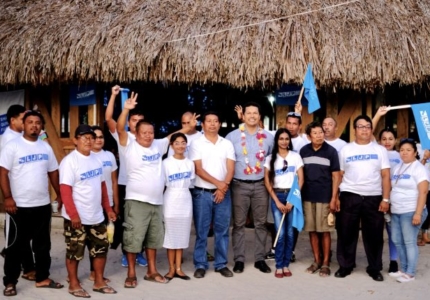 Shuman told the villagers that no other political party has the interest of indigenous peoples at heart like the LJP does.

“There is no other political party that has any interest in this community or in any other community that looks like it and by virtue of that there is no future that they can deliver for you or any of the far-flung communities and that is a reality,” the Presidential candidate said.

He said the LJP is here to carve the future of Guyanese and highlighted that indigenous people have suffered for too long and it is time for a change.

“We continue to struggle even to learn our own crafts, to speak our own language and better yet if you go to town and you speak a little bit of Arawak – all that they will continue to say is look them buck people come to town.”

He told the cheering audience that if indigenous leaders are not elected to be part of the decision making for their own benefit, then the blatant violation of their rights will only continue.

In its plan to improve the use of digital technology Shuman explained that they plan to digitize public records, banking systems which will decrease the number of robberies and will reduce the issue of counterfeit.

“We intend on ensuring that education takes a more comprehensive approach in every single facet of what we do, we have not utilized technology in our schools or institutions, basically if you walk into a government ministry you are going to have volume of books that people will have to go through to find your names,” Shuman said.

As it relates to the oil and gas industry, Shuman noted that the oil contracts do not seem to equally benefit the country.

“One of the things we wanted to do is to get a battery of lawyers that we can sit down and talk and see about the parts in the oil contracts that we can renegotiate,” he said.

On the issue of local content, Shuman said that the inefficiencies with unemployment and brain drain will be addressed.

“Right now we have a lot of Trinidadians and foreign nationals who are coming and taking jobs that we ourselves potentially would have been in a position to take.”

He highlighted that the LJP will also offer better remuneration and benefits for military and police officers which will also encourage more persons to join these professions.

Meanwhile, Shuman said there is no Guyana without a strong environment and the LJP intends to reduce the deforestation rate to an absolute zero.

He said they will look at industrial hemp to supplement the forestry sector and reduce cutting of trees, prohibit river mining and encourage land reclamation.

With the closed sugar estates, the LJP plans to transform it into wheat factories.

“We want to give those lands to farms, obviously with mutually agreed terms. To open it I don’t know if that will be entirely feasible maybe looking at transitioning it into something different,” Shuman said.

He said every citizen deserves hope and a bright future and their fair share of what Guyana has to offer.