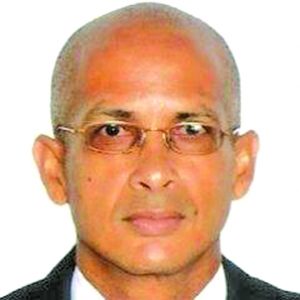 It has now been in excess of three weeks since the March 02 polls, and virtually everything that can be said or condemned about the current crisis has been said.  The outrageous conduct of the GECOM staff and their declaration of two unmatched, unsupported, and unverified results has been exposed.  Their contempt for the court ordering the process at GECOM be conducted according to guidelines, and Volda Lawrence’s signature on the first unverified declaration, evidencing the complicity of the PNC’s executive in the affairs at GECOM have all been dealt with.

The GECOM chair cannot escape her culpability in what is transpiring at GECOM, since she is ultimately responsible under GECOM’s guidelines for the management and declaration of election results.  However, as we await the court’s (Holder’s) decision on its jurisdiction (it clearly has none), and as the incumbent administration continues to groom us into accepting their rigged elections results, with news about oil and the coronavirus, I submit that after coming this far, the PNC will not relent, and those individuals at GECOM involved in rigging our elections will persist in issuing fraudulent results until they are removed from the process.

But beyond removing those individuals, we need to consider the force behind GECOM, which is now obviously the People’s National Congress.  As Guyana moves into the PNC’s end game where all avenues including our courts have been exhausted, we have to recognize that GECOM will only proceed with a proper declaration of our elections results if we remove the PNC’s influence on it.

At this time also, I urge all Guyanese to reflect that there will always be a loser in an election.  This is the way of democracy.  When governments fail, they are replaced. Change necessitates change, which produces progress.  Many of us are already familiar with the costs of dictatorship and cowardice. Let us therefore unite, and commit towards maintaining and preserving our democracy!  For Our Children!