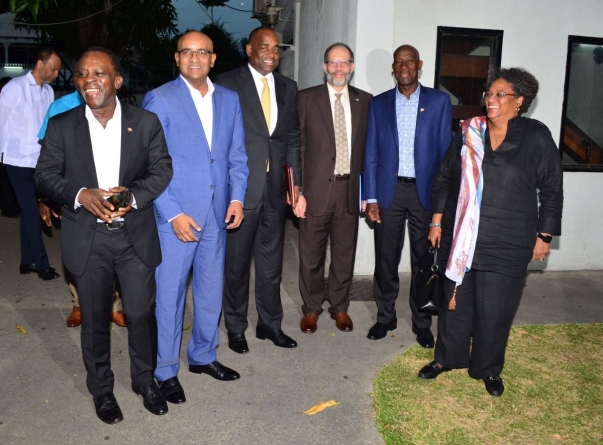 Jagdeo, following a meeting with the delegation, which included CARICOM Secretary General Irwin La Rocque, Prime Minister of Barbados Mia Mottley – who is also the current chair of CARICOM – and prime ministers Ralph Gonsalves of St Vincent and the Grenadines; Dr Keith Mitchell of Grenada; Roosevelt Skerrit of Dominica; and Dr Keith Rowley of Trinidad and Tobago; told reporters last evening that he believes that GECOM will today use contaminated State-ments of Poll (SoP) for its verification process.

“CARICOM can help to ensure that there is proper verification. As provided for in our laws, they have two elements – the SOPs and the recount,” Jagdeo said. “The recount has always been part of our law; some of the leaders of CARICOM were asking ‘what is the big deal?’ That is how you end it all. What is this big deal about not allowing a recount, when the law says that and that is how you end the controversy?” Jagdeo said. He emphasised that the matter can be laid to rest definitively “by going to the ballot boxes and recounting them in front of everyone.”