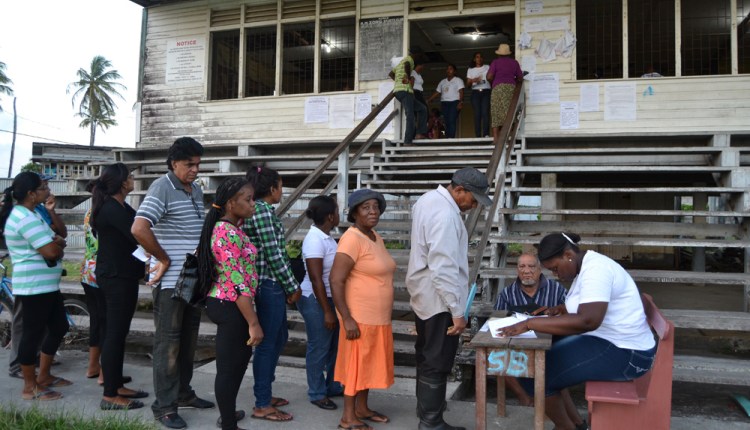 General Secretary of the People’s Progressive Party Bharrat Jagdeo on Thursday criticized members of the A Partnership for National Unity (APNU) who have been calling for supporters to remain at polling stations after voting.

“The normal thing is that you vote and then you go home, it is illegal to congregate around polling places on Elections Day…it’s an electoral offence,” Jagdeo said during his weekly press conference at his Church Street, Georgetown office.

He noted that such remarks can incite violence on elections day.

“On polling day, the Police are responsible for security, GECOM is responsible –with all of its staff and the presiding officers –for the integrity of the polling day activities, and the political parties then have their polling agents to look out for their interests,” Jagdeo added.

The General Secretary was responding to comments made by members of the governing coalition who at public meetings, have been calling on their supporters to return to the polling stations at the close of voting to ensure everything is done right.

“We’ve seen from APNU, an encouragement of these sort of behaviour in the past where they would mob polling stations around the evening and try to pressure people to act in a particular manner…this has to be avoided at all cost, it will be illegal,” Jagdeo noted.

Coalition members have been calling on their supporters to be vigilant at the close of polls.

Chairman of the People’s National Congress Reform (PNC/R) –the largest party in the coalition – Volda Lawrence last Sunday urged supporters at the Kitty, Georgetown meeting to follow the ballot boxes to GECOM.

“This is not a time for sleeping, they must not catch us sleeping on the job. At 6pm, you return to work at the places of polling and you will remain out there and let our staff inside know you’re out there,” she told those gathered.

She further noted that party members will follow the ballot boxes to GECOM.

The general and regional election is set for March 2.

President David Granger has assured international observers that elections will be free, fair and credible.