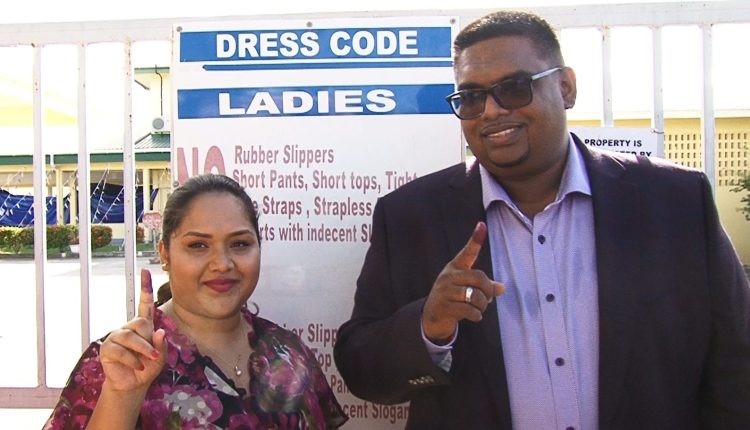 Ali told reporters that the process was smooth as he encouraged Guyanese to remain calm and peaceful throughout the day.

As Presidential Candidate, I want to encourage all Guyanese to remain clam, remain peaceful, allow the process to follow…respect each other’s rights.

“At the end of the day, we are Guyanese, we have to live together, we have to build this country together and we have to move the country forward together,” the 39-year-old Presidential Candidate told reporters.

While the voting process was relatively calm and smooth on the West Coast of Demerara, Ali said the PPP received reports of minor hiccups on the East Coast of Demerara and the Essequibo Coast where the boat service is not working today.

Some of the hiccups Ali referred to included wrong information fed to voters as to which polling place and polling station they were to cast their ballots.

“Voters would have related to us that they were getting misleading information, they were sent to the wrong lines so it was kind of frustrating for them. A lot of these reports came from the East Coast,” Ali explained.

Ali said he is impressed with the level of voter turnout Monday morning.

“We are on track, we are very confident, our supporters are coming out in their numbers and I think we are heading for victory today,” Ali noted.