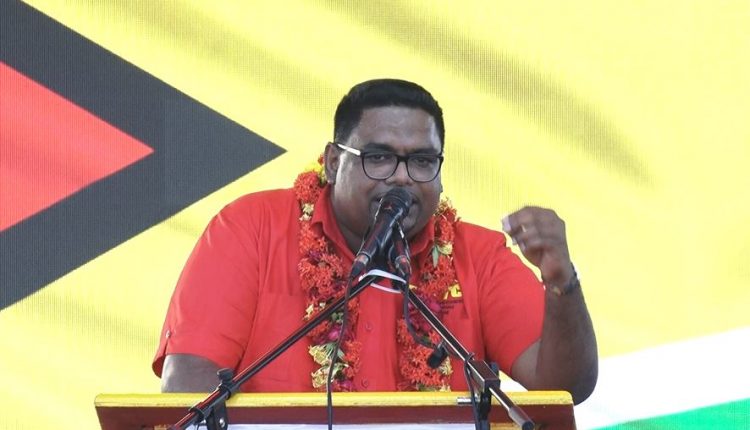 Presidential Candidate of the People’s Progressive Party Irfaan Ali on Monday evening welcomed the ruling of the High Court which validated the recount results showing a win for his party.

Ali, during a live update on his Facebook page after the ruling, called on the incumbent APNU+AFC administration to act in the interest of the country and to respect the ruling of the court.

The 40-year-old Ali who is expected to be sworn in as Guyana’s 10th executive President, referred to sanctions imposed against key officials of the Government and Elections Commission by the United States and noted that this will get worse.

“What do they hope to achieve by this type of selfish action?” he questioned.

Chief Justice Roxane George Monday afternoon ruled that the national vote recount is valid and no other figures can be used to declare the results of the March 02 polls. The Chief Justice said the issues were all raised before and declared there must be an end to the constant moves to the court on issues already decided on.

But Attorney-at-law Roysdale Forde, who represented APNU+AFC agent Misenga Jones in the case has already indicated that the Coalition will appeal the ruling on Tuesday.

In this regard, the Presidential Candidate urged supporters to remain calm.

“Remain calm and remain patient as we draw closer and closer to a position in which the Government will [see] they have no option to respect the will of the people,” Ali said.

“There is not much more room they can wiggle out from in denying you your rights,” Ali added.

The PPP Presidential Candidate affirmed that the PPP will not give up the fight for democracy.

The national vote recount showed that the PPP won the elections by 15, 416 votes.