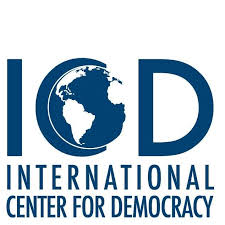 The International Center for Democracy (ICD) fully supports the Carter Center, EU, OAS, CARICOM, other International and Local Observers, the United States, British, Canadian, European Nations and the multitude of other countries in condemning GECOM for its handling and declaration of the recent General and Local Elections in Guyana.

The blatant disregard by GECOM to follow the established guidelines and protocols in verifying the Statement of Polls (SOPs) for Region 4 was witnessed and condemned by the multitude of Observers and Ambassadors from the ABCE countries.

The ICD supports free and fair elections and call upon GECOM to immediately resume the tabulation verification process for Region 4 SOPs.

The ICD believes that the current SOPs that GECOM has in its possession might now have been tampered with and/or compromised and is demanding that all of the ballots for Regional 4 be recounted in the presence of the International and Local Observers, ABCE representatives, and representatives from all competing parties for the General and Local Elections.

The ICD along with all other Local and International Observers, ABCE countries and CARICOM will continue to monitor this situation and expect to have an expeditious resolution that is transparent, free, and fair.