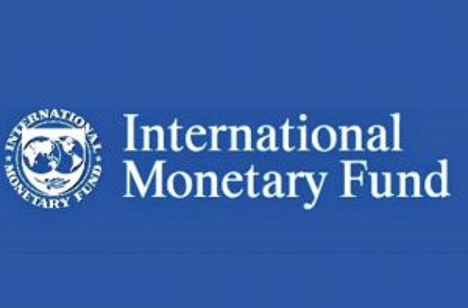 According to the International Monetary Fund (IMF), Guyana has been ranked as one of the least prepared countries in the western hemisphere to tackle the Novel Coronavirus (COVID-19).
In a document released to the press yesterday, the IMF by way of a diagram showed those countries with medical sectors prepared to tackle the virus. Ranking the highest, and in the green zone, were Canada and the USA. Guyana, Nicaragua in Central America and Haiti and the Caribbean were listed as the countries least prepared to tackle COVID-19. Thus far, the disease has claimed the lives of over 8,000 and with over 200,000 confirmed cases globally.

According to the IMF, South America will face lower export revenues, both from the drop in commodity prices and reduction in export volumes, especially to China, Europe and the United States, which are important trade partners. The sharp decline in oil prices will hit the oil exporters especially.
IMF added too that the tightening of financial conditions will affect negatively the large and financially integrated economies and those with underlying vulnerabilities. Containment measures in several countries will reduce economic activities in service and manufacturing sectors for at least the next quarter, with a rebound once the epidemic is contained.

In Central America and Mexico, the IMF states that a slowdown in the United States will lead to a reduction in trade, foreign direct investment, tourism flows, and remittances. Key agricultural exports (coffee, sugar, and banana) as well as trade flows through the Panama Canal could also be adversely affected by lower global demand. Local outbreaks will strain economic activity in the next quarter and aggravate already uncertain business conditions, especially in Mexico, the IMF outlined.

In the Caribbean, lower tourism demand due to travel restrictions and “the fear factor”—even after the outbreak recedes—will weigh heavily on economic activity, it added. Commodity exporters will also be strongly impacted and a reduction in remittances is likely to add to the economic strain.

The IMF was keen to note too that the resulting increase in borrowing costs will expose financial vulnerabilities that have accumulated over years of low interest rates. While the sharp fall in the oil price is expected to benefit the oil importing countries in the region, it will dampen investment and economic activity in countries that are heavily dependent on oil exports.

In the event of a local outbreak, service sector activity will likely be hit the hardest as a result of containment efforts and social distancing, with sectors such as tourism and hospitality, and transportation particularly affected.
Moreover, countries with weak public health infrastructures and limited fiscal space to ramp up public health services and support affected sectors and households would come under significant pressure, the IMF says.