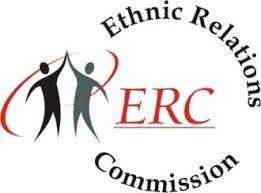 “This emergency meeting of the IDPADA-G General Assembly sought to address the heightened racial tensions and racially-motivated attacks against people of African Descent in Guyana, since the March 2, 2020 elections,” a release from IDPADA-G said.

It said members of the organisation noted the restraint demonstrated by the African Guyanese community in the face of racially-motivated attacks, “and voiced fear for the safety of our entire community, considering the attacks on innocent school children, the security forces and random African Guyanese.”

The IDPADA-G said it has sought to formally address this matter by acting within its authority as the Country Coordinating Mechanism mandated to respond to the U.N. Resolution 68/237 declaring the Decade, under the theme “People of African descent: recognition, justice and development” and to implement the Programme of Activities for the Implementation of the International Decade for People of African Descent, as elaborated in the U.N.

The IDPADA-G said it has compiled a report on the post-elections situation as an input under the reporting obligations of the Secretary-General, and the work of the UNHCHR as the Secretariat for the Decade.

Following a motion passed by IDPADA-G’s General Assembly, the organisation submitted the report along with a petition to the UNHCHR, the broader international community and the local Ethnic Relations Commission to alert them to the recent acts of “racism, racial discrimination, xenophobia and related intolerance” towards African Guyanese.”