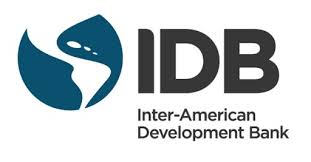 The Inter-American Development Bank (IDB), one of Guyana’s generous lenders, has pointed to the need for the electoral process to be concluded, to improve its COVID-19 response.
“The outcome of Guyana’s regional and general elections remains uncertain… settling the elections is important for the government to respond to the coronavirus pandemic,” the bank stated in its second Caribbean Quarterly Bulletin for 2020.

It noted Government’s response to the crisis, including suspension of school activities, closure of the airports, establishment of the COVID-19 Task Force, etc.
However, it said that since Parliament was dissolved in December 2019 to facilitate elections, the government cannot pass legislation on economic policy or access oil revenues accumulating in the Natural Resource Fund.
The 2020 General and Regional Elections process has dragged on for nearly five months, with a ruling on a declaration case to be handed down by the Court of Appeal today, and an appeal of that ruling likely at the Caribbean Court of Justice (CCJ).

The incumbent coalition is actively in support of the use of a fraudulent district declaration produced by Region Four Returning Officer, Clairmont Mingo, as part of the basis of a final declaration.
Though Guyana Elections Commission (GECOM) Chair, Justice (Ret’d), Claudette Singh, has said that the credible results of the national vote recount are to be declared, the coalition is being accused of continuing to frustrate her efforts.

In a letter posted in the state newspaper yesterday, Minister of Finance Winston Jordan vouched for Government and the measures it has taken to provide relief to citizens and businesses.
“Obviously, the pandemic would have led to many households and businesses changing their spending priorities and patterns.” Jordan said. “This is the reality of the pandemic and government continues to work within budgetary constraints to ensure that all are able to meet their basic needs.”
The IDB said that the crisis is affecting both lives and livelihoods. The Bank conducted an online economic survey across six countries in the region.

In Guyana, it said that among the households surveyed, the percentage of households earning less than the minimum wage increased from approximately 13% in January 2020 to approximately to 45% in April 2020.
It also found consistent reductions across all income levels in households earning above the minimum.
The highest share of households suffering job losses and business closures, it said, are from lower levels of the country’s income distribution.
“These dynamics have influenced food security and domestic violence,” the Bank stated.
Households, it said, are struggling to cover basic needs, with poorer households reporting going hungry and eating less healthy.

As for domestic violence, it was noted that the risk increases with stress and confinement.
Elaborating on measures taken by Government, Jordan said: “Since March, some of the measures put in place to help the citizens include tax waivers on medical supplies, deferment of payment of both corporate and individual advance taxes and PAYE, deferred loan payments, debt deferrals for up to six months for University of Guyana students, grants to small businesses, and food vouchers and hampers for those most affected by the pandemic.”
The Minister added that Government has drafted several other measures to accelerate post-pandemic growth, but that those cannot be implemented within the current environment.