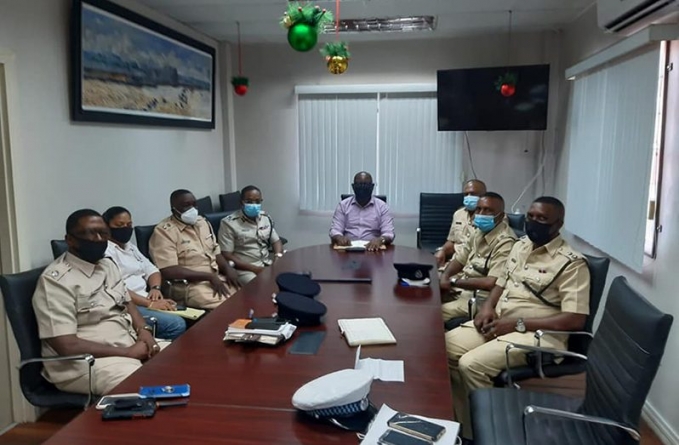 MANAGEMENT of the Demerara Harbour Bridge and the Guyana Police Force (GPF) decided, on Friday, to push back the double lane traffic on the bridge by an hour, closing off transportation heading to West Demerara on Mondays to Fridays from 06:15h to 07:00h.
Previously, the double lane was in effect from 07:00h to 08:00h. This decision taken to facilitate two lanes of east bound traffic on the bridge is in an effort to reduce congestion during the peak period.

The GPF is also urging persons travelling from West Demerara to make use of this arrangement in an effort to ease the buildup of traffic along the East and West Banks of Demerara.
All other traffic arrangements in place remain the same