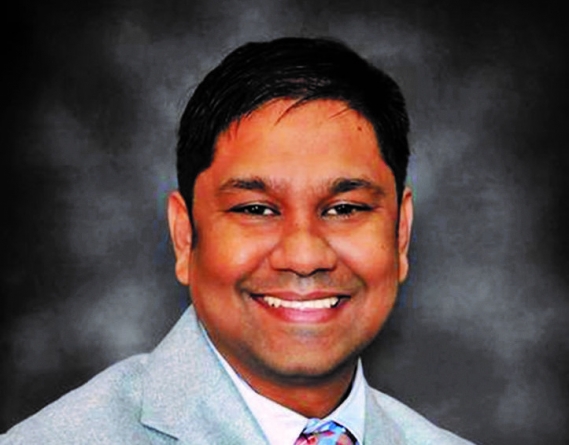 The People’s Progressive Party (PPP) Government is forging ahead with its plans to revitalise the sugar industry and rehire the sugar workers who were dismissed by the A Partnership for National Unity/Alliance For Change (APNU/AFC) regime.
The process has already commenced with the rehiring of almost 700 sugar workers and the plan is to provide employment for over 3000 workers by the end of 2021.
Acting Field Operation and Research Director at the Guyana Sugar Corporation (GuySuCo), Yudi Persaud at a press conference on Monday related that thus far, 270 workers were rehired at the Rose Hall Estate, with 226 and 194 at Skeldon and Enmore respectively. That brings the total rehired sugar workers to 690 thus far.

The workers were hired at three of the four estates that were shut down by the APNU/AFC Administration. It is anticipated that another 1400 workers would be hired at Enmore and 1600 at Rose Hall by the end of 2021 according to the Sugar Corporation.

Persaud said that they cannot hire more persons at this point since the Corporation does not have the equipment required to progress with its work.
Back in 2016, the former APNU/AFC closed the Wales Estate, and the following year, shut down the Enmore, Rose Hall and Skeldon Estates, putting over 7000 sugar workers on the breadline. The downsizing of the sugar industry saw only the Uitvlugt, Blairmont and Albion Estates in operation.
The assets from those estates were put in charge of the National Industrial and Commercial Investments Limited (NICIL) Special Purpose Unit for divestment.
When the PPP/C Government came into power back in August, the divestment process was stopped and Sasenarine Singh was appointed as the new Chief Executive Officer of GuySuCo to oversee the turnaround of the industry.

Back in September, Singh had stated that at all the closed estates, the Special Purpose Unit (SPU) had allowed machinery and the factories to lie still, which resulted in major damages. As such, the onus is now on the Corporation to get those pieces of machinery back in working condition to prepare for the reopening.
The Corporation is eyeing the reopening of Enmore and Rose Hall by 2022. It is expected that Rose Hall factory will be the first to become operational while the Skeldon factory will come back into operation by 2023. The Wales factory will be divested.

In addition to machinery, the cane lands have been abandoned as well, and are now infested with bushes. However, the process has commenced for the preparation of the lands, hence the rehiring of the sugar workers.
Persaud, however, explained that GuySuCo has expended just about $126 million to prepare the estates for reopening. The cost includes the procurement of materials necessary, equipment, contractors among others.
“We managed to till 100 hectares at Rose Hall the first. It will prepare it to commence planting in 2021. In 2021 we have commenced the process of acquiring equipment – the acquiring of 44 articulated tilling tractors that would go towards these estates so that they will achieve the tillage programme,” Persaud related.
It is expected that the 44 tractors would cost some $1.6 billion and are expected to be in the country soon.

CEO of the Sugar Corporation, Sasenarine Singh related that the tractors are tailored to the specific needs of the sugar industry while lamenting on how important it is to ensure that the right equipment is made available to be able to meet production targets and enhance yield. He explained that the brand of tractor is the same that the Corporation has been using for a number of years but it has not been morphed with another company and is being marketed as GAME Equipment tractors.
However, he stressed that those tractors are “sugar specific tractors” and would be put to use to till the fields in preparation for planting.

“One of the biggest challenges that GuySuCo has been facing for the past five years is that our opportunity days in tillage has moved from about 120 days per year to about 70 days a year now which means that we have to be able to exploit those 70 days 24 hours a day and if we don’t then production would be adversely affected…tilling is everything, if we cannot till, we cannot produce sugar,” the CEO stated.
Under the previous APNU/AFC Government, four of Guyana’s seven estates – Wales, Enmore, Rose Hall and Skeldon – were closed, resulting in thousands of sugar workers being placed on the breadline.
The PPP had promised on the elections campaign trail to reopen these estates and within weeks of being in office, had taken steps in this direction while also injecting funds to keep the cash-strapped and heavy indebted GuySuCo afloat with the three remaining estates – Albion, Blairmont and Uitvlugt.

During a tour of the estates in Berbice last month, Agriculture Minister Zulfikar Mustapha said Government is hopeful to have the Private Sector on board in reviving the sugar industry to a viable state. He had noted that already there has been good feedback from the local Private Sector in investing in the sugar sector.
Moreover, the Agriculture Minister had pointed out that due to gross neglect under the coalition regime, the three remaining factories are now only operating at 40-60 per cent capacity. In order to correct this situation and restore the estates to full operation, the Guyana Government has tapped into India’s expertise in the sector.
He said requests for technical assistance in the areas of both factory operations as well as field cultivation were made.