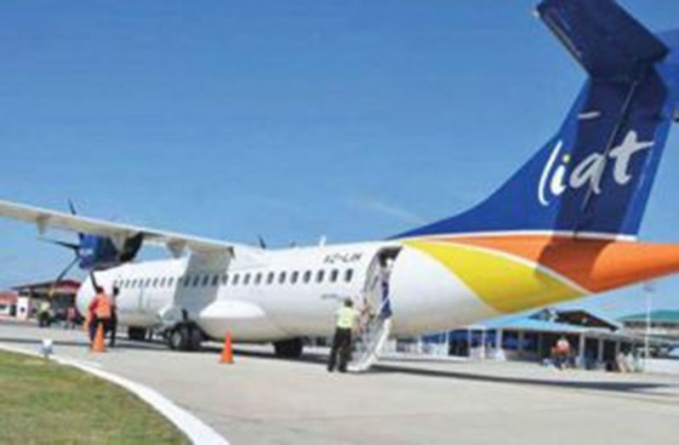 WITH LIAT officially re-commencing commercial flights, though to a limited number of destinations, Guyanese are keenly awaiting word from the company on the way forward as pertains to monies they would have paid to the airline for flights they never got.

After operating its first flight in seven months from Antigua to Dominica on November 1, LIAT began commercial flights on Monday, November 30, to a limited number of destinations. The destinations are Antigua, Barbados, Dominica, Grenada, St. Lucia, St. Kitts, and St. Vincent.

The airline is expected to announce, subsequently, the addition of other destinations from December 2020.
Though happy that the airline has returned to the skies, some owed-passengers do not believe the airline is doing a fair enough job in communicating with customers who are still owed monies, on the way forward.

“I feel disappointed seeing as they were saying they would be notifying passengers about updates; also a sense of concern and loss of trust in them,” noted Jealisha Leung, who had booked flights totaling US$378 with the airline in February.

Leung had booked her flights in the hope of flying in June, but shortly after booking, all flights for the airline were cancelled, as the COVID-19 pandemic had by then spread across the Caribbean. Leung had written asking the company to cancel the flights.
“I feel as though they could give us just a word to show they haven’t forgotten about us. Like monthly word or updates as they receive, as against us hearing vague news in media outlets about restarting flights,” she said.

As pertains to refunds, the airline, in a statement, noted that “passengers seeking refunds will have to await the outcome of the administration process. The airline, which is currently under administration, is being restructured following a decision by the Government of Antigua and Barbuda to reorganise the airline”.
However, there is no word on just how long this administrative process will take, or clarification on what exactly it involves.
“It’s unfortunate. I’m vex I couldn’t get my vacation, plus worst, that I haven’t get back my money,” shared Guyanese Kevin Ramnauth, who had booked flights with a group of friends in January.

MUCH UNCERTAINTY
LIAT had faced much uncertainty about its fate over the past few months, with the airline being out of operations since March, when the COVID-19 pandemic hit the Caribbean and countries began closing their airports to international flights to curb the spread of the virus.

Notwithstanding the suspension of flights in March, according to reports, the airline continued to allow customers to book flights and pay over money to the airline up to May. The customers have since been requesting refunds from the company. However, they do not believe the company is forthcoming enough with information and updates.
“I am very appalled by the situation. I was immediately refunded 100 per cent by the hotel and I expect the same from the airline. Our borders are closed, anything other than a refund is useless,” noted Javed Khan, a Trinidadian, who had booked with the airline in 2019, for flights in May, 2020.

Khan has written to the company about a refund, but according to him, he has not received any response from them.
The suspension of the airline’s operation in March had exacerbated an already strained financial situation at the company which has been operating at a loss for some time now. The company is currently EC$100 million (GYD$7.7 billion) in debt, of which EC$11M is owed to passengers. The airline owes Guyanese authorities more than GYD$80 million.
Amidst a previous push by some of its stakeholders to have the company liquidated, Antigua and Barbuda, where the airline is headquartered, had pushed hard for the re-organisation over liquidation of regional airliner.

The Antigua Prime Minister, Gaston Browne, pushed to have that country’s Parliament amend its Companies Act to recognise re-organisation as a superior option to liquidation, and the country eventually bought over the airlines shares that were owned by the Barbados and St Vincent governments, both of which were vocal that their countries no longer wanted any stake in the airline.

Browne had also released a re-organisation plan that calls for the injection of US$40M in new equity. Antigua has since secured a US$15 million loan to inject into the airline.