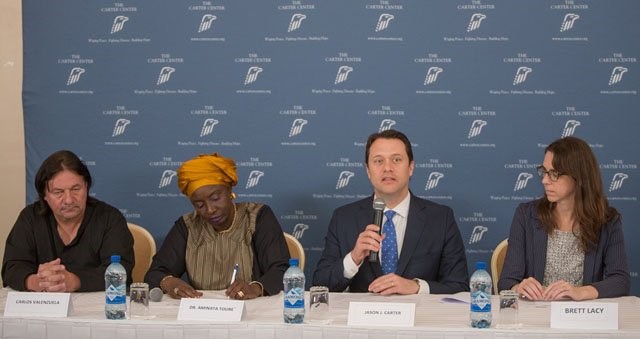 Huge crowds of people have gathered at various locations across the country in a civil protest against a decision by the Guyana Elections Commission (GECOM) to declare unverified results for the largest electoral district, Region Four (Demerara Mahaica).

It is understood that people are also picketing at Bee Hive, ECD. 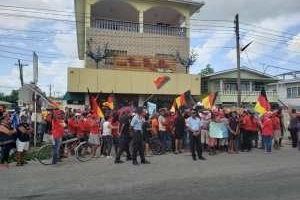 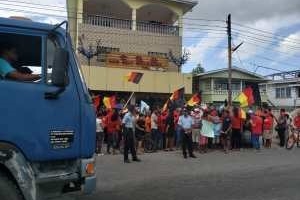 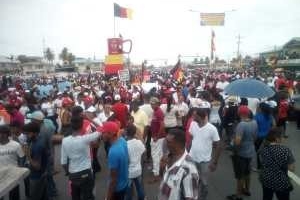 Guyanese are calling for GECOM to follow the laws of the land, i.e. to have the results verified before declaration.

Already, the international community including members of the diplomatic corp. and foreign observers have labelled the process as lacking transparency and credibility.

The ABCE countries are also calling on President David Granger not to transition into a new government as it could be “unconstitutional”.

Stakeholders have already stated that Guyana’s democracy is being threatened and have called for international sanctions against APNU/AFC. 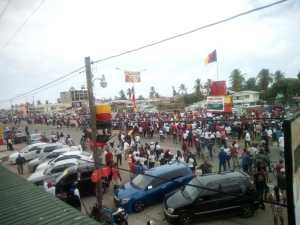 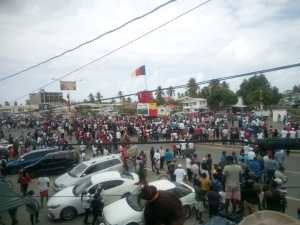