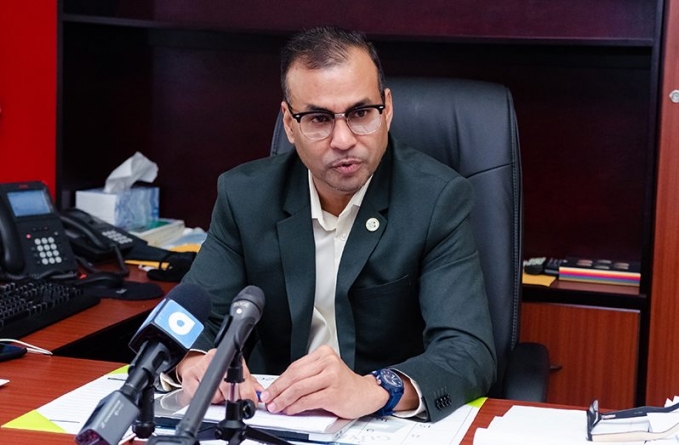 GUYANA’S image on the world stage had been ‘damaged’ because of the turbulent five-month elections impasse, which followed polling day on March 2, 2020, but the new government is confident that enough has been done, within the past 100 days, to regain some level of respect from the international community.
It was predicted that it would take at least a generation to repair the damage, since there were many cases where the integrity of the elections was questioned or the process was stretched by a slew of legal challenges.

Head of the Electoral Observer Mission of the Organisation of American States (OAS), Bruce Golding, was among persons who were reported as saying: “Even if this debacle (elections) is soon and satisfactorily resolved, it will perhaps take a generation and significant institutional reform for that damage to be fully repaired. The people of Guyana did not deserve this.”
While the new People’s Progressive Party/Civic (PPP/C) government has already committed to constitutional reform and a review of Guyana’s elections machinery – the Guyana Elections Commission (GECOM) – Foreign Secretary at the Ministry of Foreign Affairs and International Cooperation, Robert Persaud, has said that diplomatic discussions have also set the foundation for Guyana to regain respect.

He believes that the country’s Chairmanship of the Group 77 and China has already lifted the profile of the nation. Guyana recently hosted a virtual climate forum in its capacity as Chair of the G77, and has led the group in several discussions at the level of the United Nations (UN).
“The minister (Minister of Foreign Affairs and International Cooperation, Hugh Todd) has been doing an excellent job in terms of executing that aspect and ensuring that Guyana is respected…a lot is also being done to ensure that whatever damage was done to the country’s image is repaired.

“We have been successful in repairing the image over the past 100 days, and, going forward, there will be heightened and renewed efforts in that regard,” said Persaud during a recent interview at his office.
Foreign policy, he said, is about building relationships, something which the Foreign Minister has been doing actively. According to Persaud, the Minister has been engaging and re-engaging international bilateral and multilateral partners.

“The ministry, prior to August 2, 2020, was at a standstill, but there has been activism on the part of the minister in terms of restarting, re-engaging and looking at new initiatives to deepen the country’s relationship with other countries,” said the Foreign Secretary.
The new government, since August 2, 2020, has met with several top officials, including U.S. Secretary of State, Mike Pompeo, and President of Suriname, Chandrikapersad Santokhi, among others, who have visited Guyana.

The Foreign Affairs and International Cooperation Ministry has also been working to portray Guyana as an open and law-abiding country which respects its diplomatic partners. The focus has been on positioning the country to become a model nation, not just in the Caribbean and Latin America, but on the world stage.
With the restoration of democracy, Minister Todd was reported as saying that sovereignty and territorial integrity must be preserved for the future generations.
He said that, under the former Granger-led administration, many things were done for photo opportunities and lacked the capacity to negotiate, win, maintain friendships and partnerships in the region and further afield.

“Their public diplomacy was lacking; all they did was trips around the world for fun, coming back with nothing to say but attendance,” he said, noting that Guyana’s bilateral, regional and hemispheric international engagements must now be enhanced.
“Most of our foreign partners and friends would have removed themselves from association with the previous government because of the political crisis. Many felt they were illegitimate and as such most of the diplomatic engagements and international cooperation would have been put on hold,” said Minister Todd.