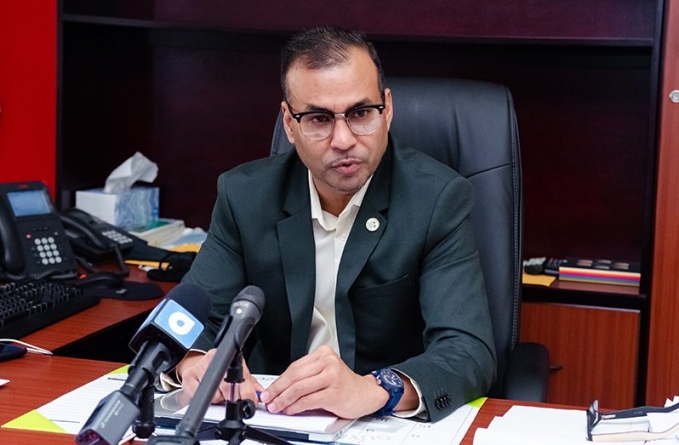 With Guyana now being one of the most attractive investment destinations in the world due to massive oil and gas discoveries, the Government has begun taking active steps to make it easier for the country’s large Diaspora to return to their homeland.

The Foreign Affairs and International Cooperation Ministry recently announced that it has launched a Remigration Brochure, which will seek to fill the information and other support gaps, which have prevented persons in the past from starting the process to return ‘home’.

Foreign Secretary Robert Persaud said that the ministry is looking at ways to improve services by making it more convenient for persons who wished to come back to Guyana to do so with a great deal of ease.

“One of the gaps we noticed is persons were unclear on how they can go about accessing the remigration scheme. Immediately, we developed what we call a ‘remigration brochure’ that is now available on the internet, but also at all our missions and embassies [which provides] the basic information they need to know,” Persaud was quoted by DPI as saying.

Persaud, also a former Minister within the previous PPP/C administration explained that the process involves the Ministry and the Guyana Revenue Authority (GRA). The Ministry will process the application and through the Minister’s Office, make recommendations. The GRA examines the tax exemptions aspect, as provided by law.

Additionally, the simplified process allows persons to track their applications as they are processed, and to see the exemptions for which they may qualify.

“Those are some of the kinks that we are currently working out because there is a lot of enthusiasm. There is a lot of interest in persons remigrating and we want them to benefit from the scheme that is provided for by the Government,” he outlined.

He further noted that the Ministry is working with the International Office for Migration, which is finalising a strategy that looks at remigration and the diaspora to make remigration more lucrative.

However, Persaud said the current remigrant scheme is already an attractive one which not only targets families, but also students studying abroad.

The Washington based Center for Strategic and International Studies (CSIS) in a recent report stated that Guyana’s emigration rate, which skyrocketed in the 1960s due to the hardships created by the then Peoples National Congress (PNC) Government, is one of the highest in the world, numbering about 30,000 annually.

According to the report, the first-generation immigrant Guyanese diaspora today is estimated to be around 550,000 worldwide, not including their descendants.

The People’s Progressive Party/Civic (PPP/C) Administration has expressed its desire to work collaboratively with the Diaspora stating that they too have a stake in the development of their homeland.

“We must welcome back to their homeland our diaspora who played such a positive and constructive role in defense of our democracy,” President Dr Irfaan Ali had said when he was sworn in on August 2.

“My government intends to embrace Guyanese abroad as we enlist them here at home,” Dr Ali had asserted.

The major oil discoveries have now caused Guyana to be placed in the international spotlight and many Guyanese in the Diaspora have expressed an interest to return to work or invest here.

Chief Economist for Smith’s Research & Gradings, Scott B. MacDonald recently expressed that Guyana’s economy is tipped to perform extremely well, and ride through the COVID-19 pandemic in better shape than practically any other economy on the planet.

MacDonald, who is also a Senior Associate at the Center for Strategic & International Studies (CSIS) and a Research Fellow at Global Americans, noted that Guyana is no longer “the isolated country on the northeastern shoulder of South America it once was”.

“The combination of massive oil discoveries; improved global communications; and a better-connected diaspora in North America, the United Kingdom and the Caribbean means that Guyana is no longer on the outskirts of the global economy,” the expert had written in an opinion piece published by Caribbean News Global.

The mass exodus of Guyanese had started in the early 1960s under the Forbes Burnham dictatorship when the economy was facing total collapse. There were no proper jobs; social services were almost non-existent; and there was a sense of hopelessness all over the country.