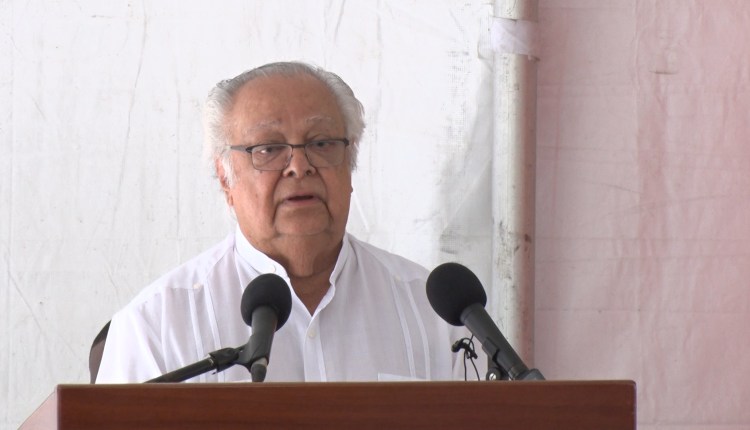 Former Commonwealth Secretary-General, Sir Shridath Ramphal says that Guyana could choose the path that would lead it to be “a good Guyana”, or it could become a failed State that has abandoned values and principles.
In a statement, Ramphal applauded the thrust of former Minister of Business, Hans Dominic Gaskin, who cast doubt on the figures produced by Region Four Returning Officer, Clairmont Mingo for the General and Regional Elections of Region Four.

Ramphal had previously expressed support for the CARICOM-supervised recount, stating that the regional body’s intervention was a ray of light. All should have welcomed the recount, Ramphal had said.
This time, Ramphal quoted Guyana’s supreme law, which affirms respect for the dignity of all Guyanese and principles of freedom, justice and peace.

He said, “When the Court pronounces next (this) week, it is upon what is truly constitutional that it must pronounce. By so doing, it will allow all the parties and the people of Guyana to move forward lawfully and in fulfillment of their solemn pledge to each other.”

The Court case comes up today, with a decision to be made about whether the injunctions blocking the recount should stand.
Several civil societal organisations, public figures and political parties have espoused the recount, in hopes that it will resolve the current impasse, which has prolonged Guyana’s electoral process so far that it has been three weeks since the General and Regional Elections.