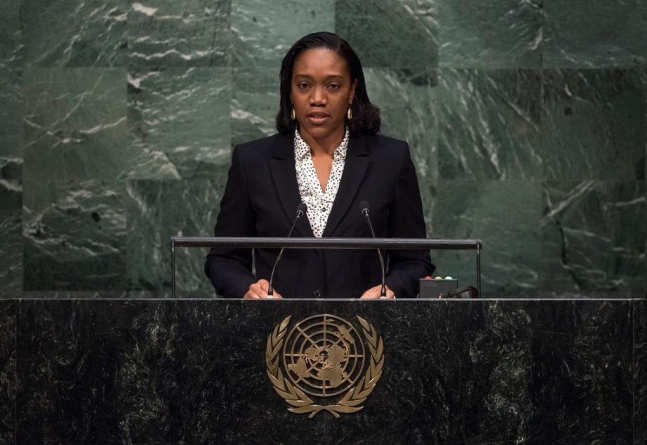 President David Granger and Opposition Leader Bharrat Jagdeo have agreed to a CARICOM supervised recount of the votes cast at the March 2 general and regional elections.

The deal could potentially defuse a national crisis over the polling, which has deepened the political and racial divide in the country, a flare-up of unrest and seen Guyana threatened with isolation by the US, UK, EU and Canada.

The focus of the dispute has revolved around the failure of the Region Four Returning Officer, Clairmont Mingo to properly count the votes to the dismay of opposition parties and local and international observers. However, while it was initially announced that the recount was for Region Four, CARICOM Secretary-General Irwin LaRocque has since clarified that Granger and Jagdeo agreed to a full recount.

The deal between the two leaders would be seen as a major triumph for Barbados Prime Minister Mia Mottley, who has won kudos for a serious style of regional leadership since becoming Barbadian Prime Minister.

Many of you are aware that I led a high-level team of Caribbean Prime Ministers to Georgetown earlier this week to meet with all of the affected parties from the recent General Election of March 2, 2020.

CARICOM has remained engaged over the last few days.  

  I would (wish) to announce that after discussions this morning, President Granger made a request for the Caribbean Community to field an independent  high-level team to supervise  the re-counting of the ballots in Region 4 (the CARICOM Secretary-General has since clarified that the leaders agreed to a recount in all regions) in accordance with the ruling of the Chief Justice of 11 March, 2020.  This has been agreed to by Mr. Bharrat Jagdeo.

We believe that this is a giant step in being able to determine the will of the Guyanese people in the Election of March 2, 2020. It will also allow the electoral process to regain the confidence of all locally, regionally and internationally.

I have spoken directly to both the President and the Leader of the  Opposition and they have both committed to abide by the results of a fair and transparent recount of each and every ballot, as supervised by the CARICOM team. We also agreed that there needs to be steps taken to secure the integrity of the ballot boxes until the Recount takes place.

The Independent High Level Team will be chaired by Francine Baron, former Attorney General and Foreign Minister and comprise Mr. Anthony Boatswain, former Minister of Finance of Grenada and Ms. Cynthia Barrow-Giles, Senior Lecturer in Department of Government of UWI. They will also be accompanied by the two Chief Election Officers from Barbados and Trinidad and Tobago.

Both President Granger and the Leader of the Opposition, Mr Jagdeo have agreed that the recount should commence once the Caricom team is on the ground.

I can confirm that all efforts are being made to have the team in Guyana as soon as possible.  A further announcement will be made as to the exact details once the team is on the ground.